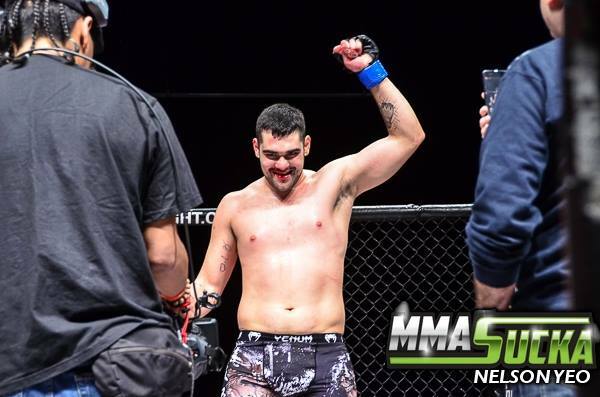 BFL 64 is being dubber ‘Night of Champions’ and the main event has been announced. Heavyweight’s Caio Machado and Justin Doege will square off for the promotions vacant heavyweight championship.

Machado (2-1-1) has fought all four of his professional outings under the Battlefield Fight League banner. Most recently, “Big Foot” finished Dalton Duperrault via first-round stoppage at BFL 60. The FKP MMA product was expected to fight for another promotion, however, has signed a multi-fight deal with BFL.

BFL 64 goes down on November 16 from the Hard Rock Casino in Coquitlam, British Columbia, Canada. There will be a handful of amateur titles on the line, as Olzan Yalcin faces Mani El-Hefnawi for the 145-pound gold, Nicolas Ouellet looks to defend his lightweight title against Kolten Higginbottom, Phil Lauzon squares off with Mike Brackett for the welterweight belt and Indroop Virk goes head to head against Mitch Strazzella for the bantamweight championship.