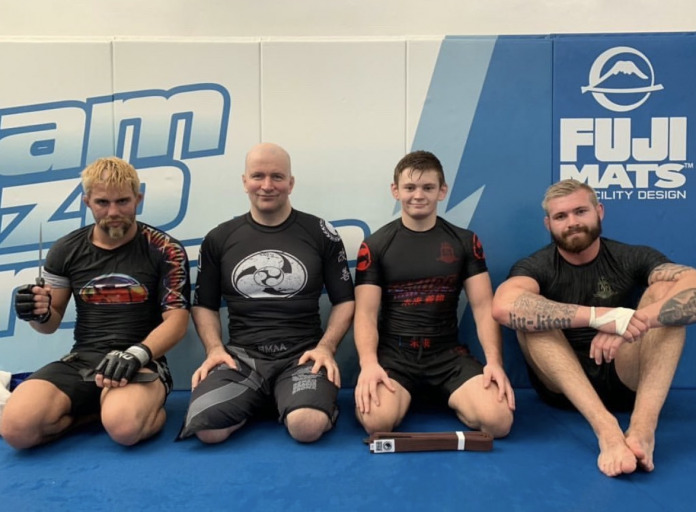 The younger brother of BJJ phenom Gordon Ryan, Nicky Ryan has levelled up in his BJJ journey. The teenager who is part of the ‘Danaher Death Squad‘ received his brown belt from the head of the squad, John Danaher.

Today I received my brown belt from @danaherjohn. I just want to say thank you to the 3 people in this photo @garrytonon @danaherjohn and @gordonlovesjiujitsu for all they have done for me. If it weren’t for these guys I would still be some fat loser who did nothing but eat and play video games all day 😂. Instead they turned me into one of the best nogi competitors in the world and I will forever be grateful for that. @futurekimonos

Ryan made an instant statement at the 2019 ADCC World Championship, as he was able to defeat Jamil Hill-Taylor via points and had a very competitive match against Paulo Miyao, losing by only one point.

But scooting my way into a double. @flograppling @futurekimonos