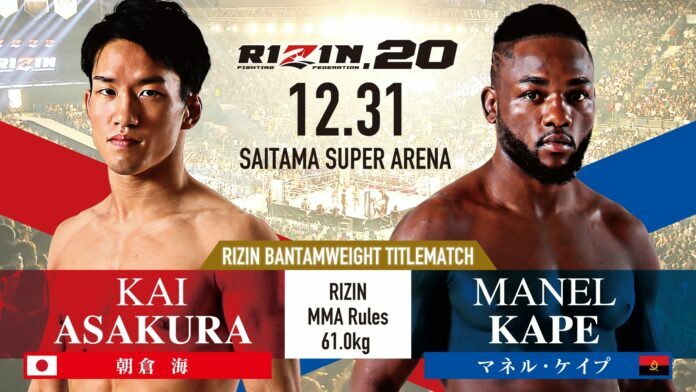 With Kyoji Horiguchi vacating the bantamweight title due to ACL injury, the big question was who would replace him against Kai Asakura at RIZIN 20. Angola’s Manel Kape got the call and gets the chance to get his win back against Asakura. The two met at RIZIN 10 last year and had an incredible back and forth match. Asakura managed to win by a close split decision. Kape was visibly angry after the decision, cursing up a storm. Asakura earned the initial title shot after upsetting Horiguchi with a 1:08 knockout at RIZIN 18 in a non-title match.

Asakura was not diplomatic with his thoughts on his opponent. “Kape has been running his mouth for a while so I hope to hit him in the face and shut him up,” Asakura said.

Kape was even less diplomatic. “I beat him in the first fight and he knows it. He has been running from me all this time because he doesn’t want a rematch with me,” he said. “I don’t care if he beat Horiguchi, I can beat all of these guys sitting here at the table in one night.” 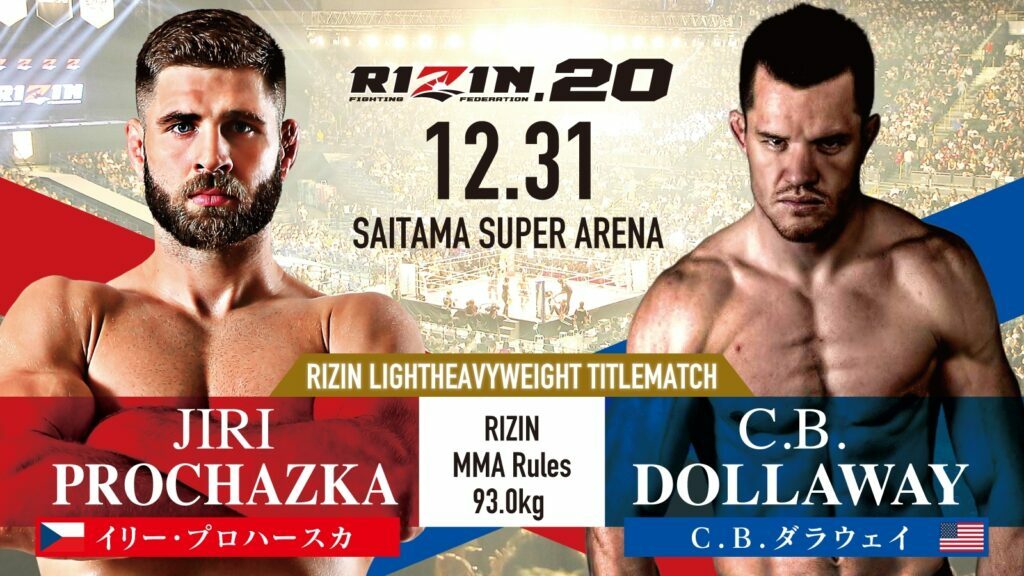 In the category of “No One Saw That Coming,” light heavyweight champion Jiri Prochazka defends his title for the first time against former UFC middleweight C.B. Dollaway. There had been much talk of Bellator’s light heavyweight champion, Ryan Bader, taking on Prochazka, but the fight did not come to fruition. Bader’s teammate, Dollaway, is stepping up to the plate. Prochazka’s 2019 has been a great one, with two devasting knockouts of King Mo and Fabio Maldonado. The latter was a non-title match. He is also on a 9-fight win streak.

Dollaway hasn’t fought since September of last year and lost that fight. He was also suspended for two years by USADA for failing an out of competition drug test in August.

Prochazka said that he is really “looking forward for this fight.”

“I want to defend my title. [Dollaway] is very good technical opponent, and this will be challenge for me to handle this fight clearly and uncompromising.”

Dollaway said it’s his “dream” to “fight in Japan and to become a champion in a major organization.”

“I am living my dream right now and I won’t be denied come New Year’s Eve.”

A Tale of Two Brothers

The Asakuras aren’t going to be the only brotherly representation on the cards. The Siberian internet sensations, Sergey (9-6) and Vitaly Shemetov (23-6) will be fighting on the Bellator Japan and Rizin 20 shows respectively.

Sergey will be having his first fight in almost four years against Shoma Shibisai (5-2, 1 NC) at heavyweight. Vitaly returns to the RIZIN ring, not only to find the Japanese woman he fell in love with but also get his first win in the organization. He takes on EFC light heavyweight champion Simon Biyong (6-1).

“I believe that one day Akiko will suddenly come to the arena,” Vitaly said. “She will see my warrior’s wounds… she will realize that I was fighting for her love… all my warrior ways in Japan was dedicated to her.”

The Bellator Japan main card will air live on the Paramount Network on December 28 at 10 p.m. EST.