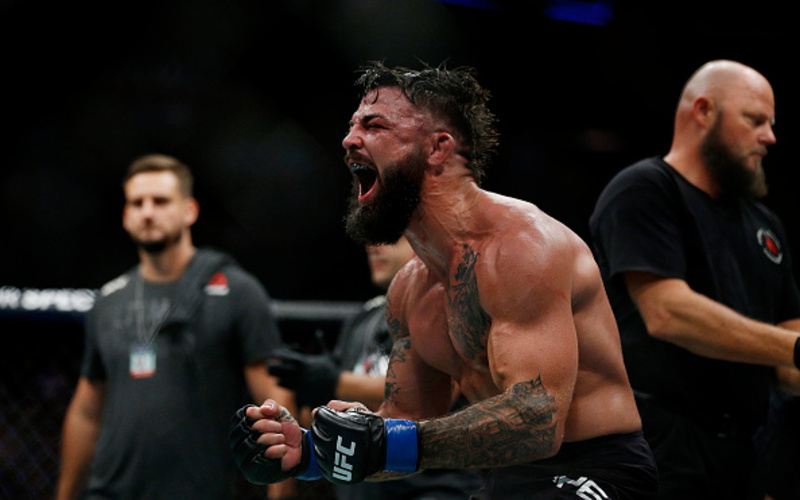 UFC 245 goes down in Las Vegas and is headlined by the high profile grudge match between welterweight champion Kamaru Usman and the outlandish Colby Covington. On a night featuring three phenomenal title fights, here are some UFC 245 betting tips to help you win big this weekend.

Kamaru Usman (15-1) makes his first title defence against Colby Covington (15-1) in the main event of Saturday’s card. Usman claimed the welterweight strap at UFC 235, dominating Tyron Woodley on his way to a lopsided unanimous decision. Covington represents a very interesting opponent for Usman due to their similar styles. Both men rely on their elite wrestling to beat their opponents and it will be fascinating to see who can press their gameplan on their opponent.

Colby Covington has had one of the most dramatic career turnarounds in recent memory. After being told that he would be cut from the UFC due to his boring style and dull personality, Covington adopted a brash and generally offensive all-American persona. The Oregon native’s promo after beating Damian Maia epitomised this change, describing the Sao Paulo crowd as ‘filthy animals’.

Covington likely has a slight advantage on the feet against his Nigerian adversary. Against Robbie Lawler, he landed a monstrous 171 significant strikes from an attempted 515. Covington’s newfound style of pressure striking certainly has the potential to overwhelm Usman by preventing the champion from ever finding his rhythm. Covington could use his punches in bunches to create openings for clinches and even takedowns.

Usman, on the other hand, is far less fluent on the feet. Despite this, he carries a lot more power than Covington and given the opportunity would certainly test Chaos’ chin. Usman’s highlight reel KO of Sergio Moraes is a quintessential example of the sort of danger he possesses on the feet.

However, the reason is favoured to win this weekend is due to his crushing wrestling game. Usman dominated Woodley, one of the stronger wrestlers in the division, in a surprisingly powerful fashion. If Usman can do that to Woodley, there probably aren’t too many men who could withstand that sort of pressure.

Both men have relentless cardio, so it is most likely that the bout will be a gruelling 25-minute grappling contest. Despite being the favourite, Usman is certainly the man to back this weekend. His pure physical prowess will probably be too much for Covington, making backing an Usman win the number one our UFC 245 betting tips.

Kai Kara-France (20-7-1NC) faces Brandon Moreno (15-5-1) on the UFC 245 early prelims. Although this bout didn’t find itself near this weekend’s stacked main card make no mistake about it, its importance should not be understated. With flyweight champ Henry Cejudo likely facing Joseph Benavidez in 2020, a bout between the number five and six ranked fighters in the division may transpire to be a title eliminator.

Brandon Moreno has had a turbulent time of things during his UFC career. After winning his first three bouts, two consecutive losses lead to the Mexican being cut from the organisation. Moreno returned to the UFC at UFC Fight Night 159, battling to an entertaining draw against Askar Askarov.

Moreno has a clear advantage on the ground, ten of The Assassin Baby’s fifteen wins have come by way of submission. He has the ability to push the pace and pressure his opponent into exposing his neck or limbs. This combined with incredibly effective scrambles means that Moreno possesses an unmistakable path to victory.

However, following his gameplan will be easier said than done against the surging Kai Kara-France. Kara-France is undefeated at 125lbs, boasting a flyweight record of 7-0. In his last bout, Kara-France was easily able to deal with Brazilian Jiu-Jitsu black belt Mark De La Rosa‘s grappling offence. If he was able to nullify one ground technician, there is every chance the New Zealander could do it again at UFC 245.

Every fight starts standing, and Kara-France intends to keep it there. Kara-France has an obvious striking advantage, landing an average of 5.22 stikes per minute as opposed to his opponents 2.58. Despite this high volume of strikes, as Moreno has never been finished it is likely that if Kara-France wins it will be via decision.

Although both fighters have distinct advantages in the bout, Kara-France’s previous performances warrant his betting favourite status. He should be able to nullify Moreno’s grappling offence and strike his way to a hard-fought decision victory.

Neal is undeniably one of the top prospects in the division. A dominant performance against Belal Muhammed and a highlight-reel KO of Frank Camacho are just some of the Texan’s most impressive performances. Neal is a technician on the feet, combining pinpoint accuracy with genuine knockout power. If Neal is able to utilise his four-inch reach advantage and able to keep Perry at distance in order to earn himself a win this weekend, most punters will believe he will one day be in line to scrap for the welterweight title.

On paper, one would think that Perry represents the perfect stylistic matchup for Neal. Perry is known as a brawler, entertaining but certainly not as technically proficient as he would like to be. However, in recent bouts against Vicente Luque and Alex Oliveira, Perry has shown great development in his striking. This development from brawler to a technician will be pivotal to Perry’s success. If ‘Platinum’ is able to continue this positive trend, he has every chance of causing the upset against Neal.

Neal may have just stopped a similarly powerful brawler in Niko Price, however, it was certainly not a perfect performance. Uncharacteristically, Neal got clipped multiple times and even showed a lack of composure when Price pressed. Neal must address the holes in his game in preparation for this bout. If he disregards the tough Perry’s striking offence, Perry could certainly come out on top this weekend.