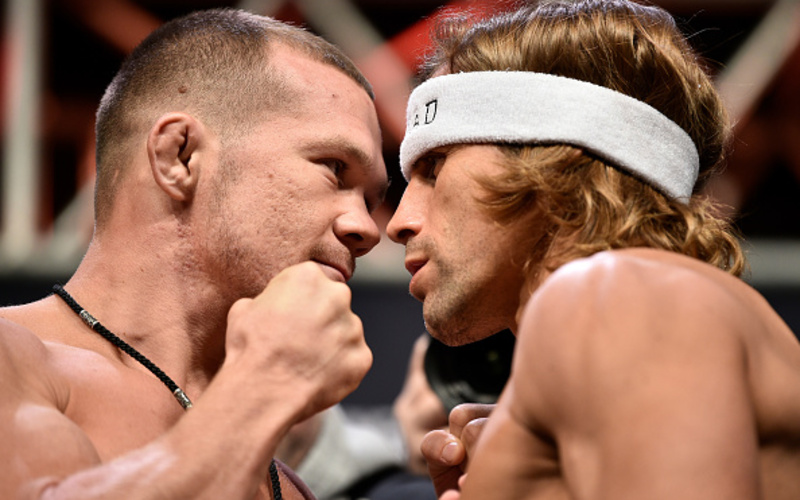 MMASucka staff picks are almost at its close for the 2019 year. UFC 245 will be one of two final UFC cards this year, the event taking place later tonight from the T-Mobile Arena in Las Vegas, Nevada. The five-fight main card will begin at the usual time of 10:00pm ET (7:00pm PT) on pay-per-view. RIZIN and three Bellator cards are left before the year’s end; ONE Championship has ended with no further cards planned until 2020 begins.

Three incredible title fights will be on the line, the headliner seeing champion Kamaru Usman look to defend his belt against rival Colby Covington. Usman has not looked back since his The Ultimate Fighter win in 2015 having won all ten of his UFC fights. The most recent came earlier this year, ending the run of Tyron Woodley by decision. A defense for Usman would be his first as the 170-pound champ and a potential win being his fifteenth straight in professional competition. His opponent, Covington, has used his trash-talking and skills to receive a chance at gold. A loss in 2015 has been the only defeat thus far of his career defeating seven straight inside the octagon. Covington captured the interim title over Rafael dos Anjos last year but would be stripped soon after following a surgery. Despite this, he rebounded with an August decision over fan-favorite Robbie Lawler.

Our second title fight in the co-main event drops down to featherweight between one of the greatest all-time Max Holloway and Alexander Volkanovski. 28-year old Holloway will look for his fourth title defense in hopes to continue his legacy, while Volkanovski hopes to add an eighteenth victory in a row.

The final title fight sees all-time female-great Amanda Nunes defend her bantamweight strap in a rematch against former featherweight champion Germaine de Randamie. Nunes will look for a fourth straight win by knockout with de Randamie riding the momentum of a 16-second knockout over Aspen Ladd.

Throughout the year, staff picks will be composed of four different MMA promotions: UFC, Bellator, ONE, and RIZIN. Main cards will make up both UFC and Bellator picks, while the biggest fights to make up ONE and RIZIN events will be used. The WINNER of staff picks will have a choice between receiving a championship belt from ProAmBelts or a championship chain from Championship Chains. The 2018 winner was awarded to Michael DeSantis, compiling a record of 202-101.

Check out our MMASucka staff picks for UFC 245 below.

Staff Records after UFC on ESPN 7: