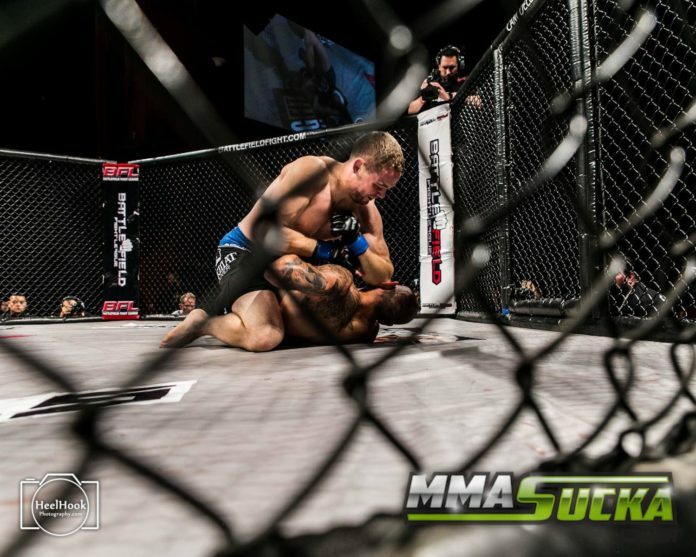 The man who shocked UFC fans this past September in front of his hometown crowd, Tristan Connelly will return to the Octagon in April against Alex da Silva.

MMA Sucka confirmed the bout after it was initially broken by Combate.

Tristan Connelly vs. Alex da Silva goes down in April

Connelly (14-6) made his Octagon debut on short notice against Michel Pereira at UFC on ESPN+ 16 in Vancouver. Many counted the natural lightweight out of this welterweight match-up going in. However, “Boondock” stuck to his gameplan and earned a decision victory. The Checkmat Vancouver product is currently riding a five-fight winning streak.

Da Silva (21-2) is 1-1 inside the Octagon. After losing his debut in April against Alexander Yakovlev, the 23-year-old followed up with a decision victory against Rodrigo Vargas in August. The Brazilian has been active on the professional scene since 2014 and began his career on a 17-fight winning streak.

The bout between Connelly and da Silva will take place at a UFC event scheduled for April 11 at a location to be determined. Keep it locked to MMASucka.com for more on the fight card.