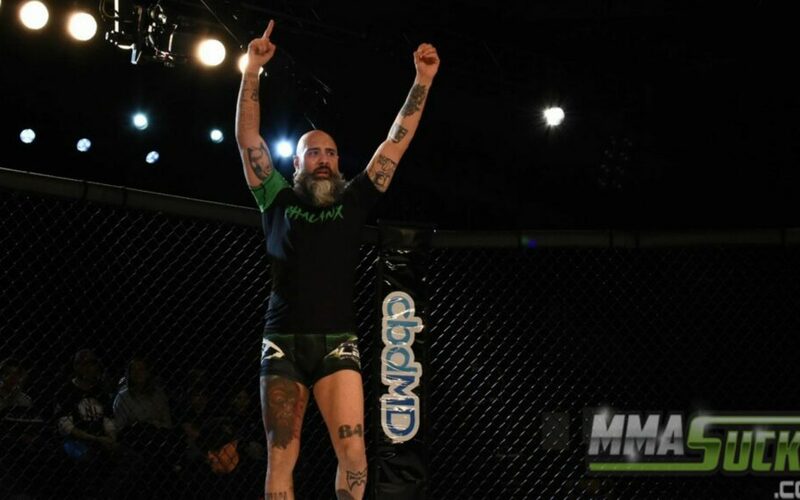 After a successful SUG 11 show, Chael Sonnen’s Submission Underground announced on Monday morning that the promotion would return on March 29 for SUG 12.

On Sunday, February 23, SUG 11 went down. The main event was a tag-team grappling match between Vinny Magalhaes and Kyle Boehm versus Craig Jones and Nicky Rodriguez. The stalemate of a match went to overtime, with the 10th Planet team of Magalhaes and Boehm winning via the fastest escape time in OT. Fans didn’t even get to see Jones grapple.

The co-main event also went to overtime, with Richie “Boogeyman” Martinez submitting Jake Shields via armbar. UFC fighters Mike Perry and Al Iaquinta took to the grappling mats on the main card as well. Surprisingly to many, Perry took the win, via the fastest escape time in OT.

No word as to who will be featured on the SUG 12 card, but fans can expect fireworks nonetheless. The event will air live and exclusively on UFC Fight Pass.

SUG 12 will take place on March 29, 2020 from the Roseland Theatre in downtown Portland, Oregon. Keep it locked to MMASucka.com for more on Submission Underground and fight announcements as they arise.