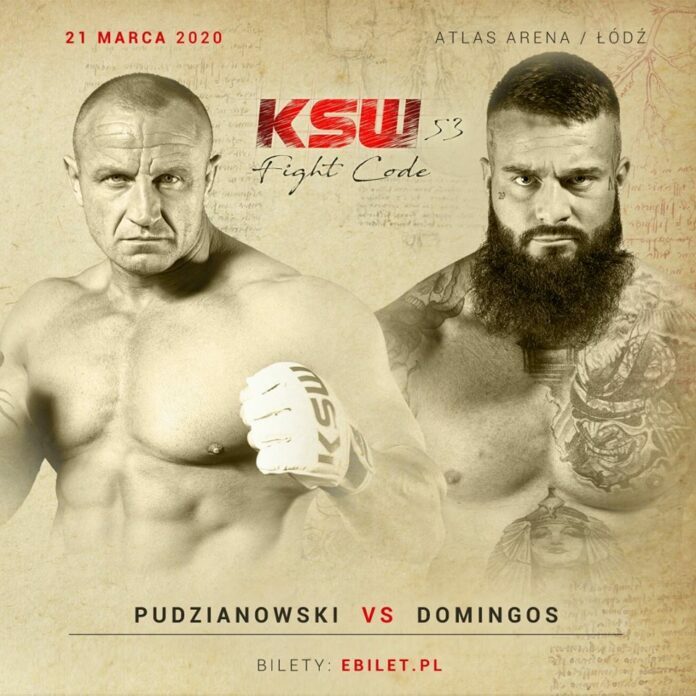 KSW 53: Fight Code is edging closer set for Saturday March 21, 2020. Lutz, Poland will be the site of the first 2020 event for KSW.  As known from the beginning of the card’s announcement, Polish strongman Mariusz Pudzianowski would headline the card. The time has come for his opponent to be named, and it is quite the beast. Quentin Domingos will make his promotional debut. The event will be shown on the DAZN app as well as KSWtv worldwide.

If you have ever seen the Portuguese beast in action, you know this will make for a colossal main event. Domingos is currently 5-1 with all of those victories via first round knockout except one which was a disqualification win. His lone loss was a doctor stoppage on October 2019.  Domingos is also a kickboxer who has competed for Glory, adding another weapon to his repertoire most big fighters do not possess. Will he be able to handle the world class strength and takedown abilities of Pudzianowski? Pudzianowski recently derailed the undefeated train of uprising star Erko Jun.

Always in the title hunt, derailing the debuting Domingos would be another feather in the cap of the always dangerous Pudzianowski. Sporting a 13-7 record, Pudzianowski enters his 11th year as a professional MMA fighter. Make sure to tune if for this explosive main event as well as everything else KSW has to offer for this massive KSW 53 card. 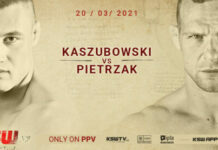