Coronavirus and its impact on MMA 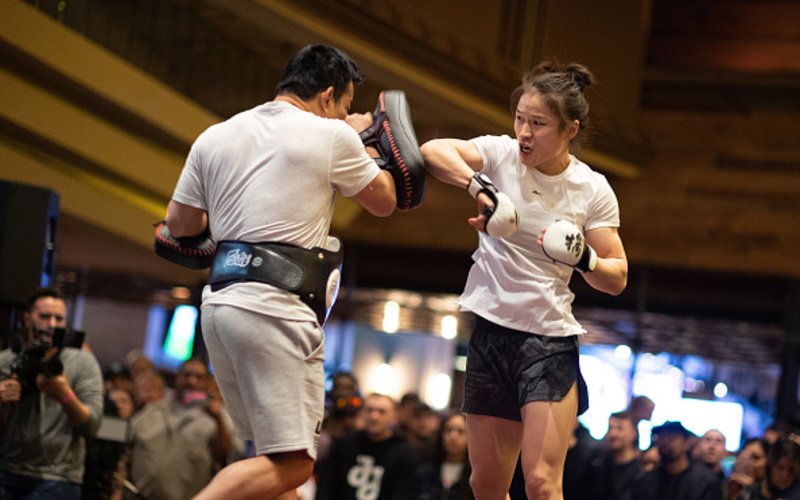 When Stamp Fairtex makes a dancing ring entrance she could almost be mistaken for a bubblegum pop idol, an odd contrast to her grim reputation in the ring. But no fans bore live witness to either her dance or her loss of her ONE Championship Atomweight kickboxing title to Janet Todd. For no fans were present at the event in Singapore, ONE’s de facto homebase. The arena was closed to the public, “ONE: King of the Jungle” consigned only to streaming, for fear of COVID-19, better known as the Coronavirus.

Mixed-martial arts is very much the most international sport. While it is not the most widely played, it is the sport that draws from more sources in more countries than any other. From promotions to teams, trainers, fighters and styles, the web of MMA is broad and fragile. Therefore, the threat of the Coronavirus is one of the biggest hurdles that the sport could possibly face.

There have been two major separate effects on the sport. The first is how it’s had a direct impact on events in countries afflicted by the virus. Pancrase 313, originally planned for March 8th in Tokyo has been pushed back to April 18th, and is projected to be in a double header with Pancrase 314. ONE’s Reign of Dynasties event, planned for China, has been moved to Indonesia. A possible UFC card in Shanghai may be in jeopardy. There are even rumours of RIZIN 22’s open ticket sales being in danger of cancellation.

A more personal effect can be felt on the fighters themselves, even if the fights are not taking place in afflicted areas. On the eve of a title defence against former UFC Strawweight champion Joanna Jędrzejczyk, current champion Zhang Weili was forced to cut her training camp short because of the virus. Along with fellow Chinese fighters Yan Xiaonan, who recently fought Karolina Kowalkiewicz at UFC Fight Night: Felder vs. Hooker, and Li Jingliang who fights alongside Zhang on the UFC 248, she was forced to spend two weeks in Thailand in order to avoid being quarantined. It’s unclear if this will have a noticeable impact on their performances – Yan handily defeated Kowalkiewicz. But it’s easy to see the downsides that a camp cut short could have.

Long-Term Ramifications of Coronavirus on MMA

But perhaps more important than either is the long-term effect on martial arts training. Zhang clinched her title victory over Jessica Andrade with a series of brutal elbows, a technique disallowed in her base style of Sanda. Zhang specifically mentioned her Muay Thai trainer in her post-fight speech. This is of course the norm in MMA no matter the country of origin; fighters always train with foreign coaches, colleagues and styles. Since MMA has always consistently moved towards increased cross-pollination of style and training across borders, if there is a long term impact on travel this could affect the speed of MMA’s evolution as a sport. It could even cause a potential devolution in MMA training.

We can only hope that that is not the case. It’s a cruel irony that in the sport of pure combat, the most dangerous threat is something that cannot be fought by physical force at all.