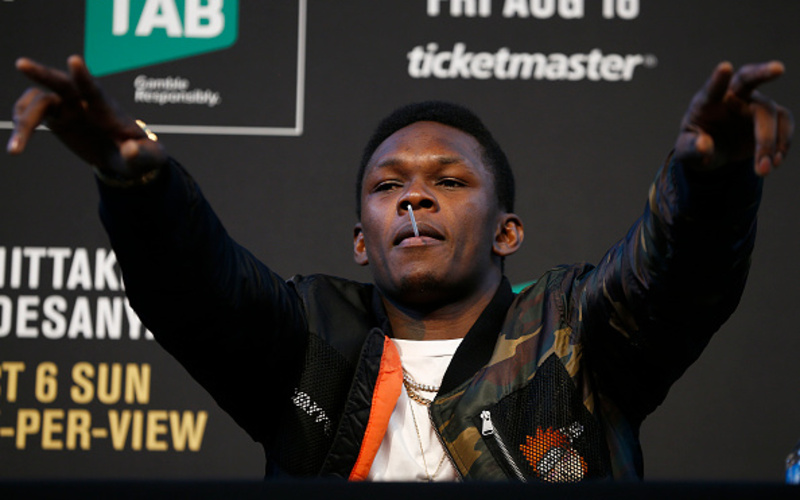 Jon Jones vs Israel Adesanya is the most interesting what-if match-up in MMA right now. Unfortunately, Jones Vs Adesanya will never happen. It’s the MMA feud fans didn’t know they needed. Once the exchange of words began, before Adesanya even held the belt, it became an enticing feud.

Originally, most fans thought that Adesanya was delusional- that he would get rag-dolled by the undefeated and much bigger fighter in Jon Jones. While The Last Stylebender has continued to rack up accomplishments as Jones has put forth two mediocre & un-inspiring performances, public perception is slightly changing.

Adesanya has already called his shot: he wants the Jones fight to happen in 2021 in Raiders stadium. While it’s refreshing to see a champion not immediately pine for a super fight, the likelihood that the match will be enticing by the summer of 2021 is doubtful.

It is safe to say that Jones skill set may have deteriorated, and the thought of Jones still being undefeated by the Summer of 2021 is slim. Especially given his more active fighting schedule as of late. This is not to say that Jones is a bad fighter- far from it- but nothing he has shown in his past two fights makes him out to be the invincible fighter he was five years ago.

Against Thiago Santos, he narrowly won a boring fight based solely around both fighters leg kicking each other. Santos notably was hobbling on one leg for most of the fight. Against Dominick Reyes, Jones got soundly outstruck for most of the fight, and the only thing that prevented total domination was Reyes’ poor cardio. Arguably Jones lost, and his only saving grace was being well prepared to go five rounds – not exactly criteria to make the pound for pound GOAT.

Adesanya continues to defy expectations, & this Saturday at UFC 248 he plans to do so once more. While his opponent, Yoel Romero, is coming off two losses, the match-up still remains an enticing one. Battling Yoel Romero is not something most middleweights have enjoyed doing.  Even in defeat, Romero’s opponents come out looking as if they’ve lost. The 42 year old Cuban has shown no signs of slowing down.

As the newly cemented Middleweight King, Adesanya also has a tough path to remaining undefeated in hopes of a future match up against Jones. The fervour for the matchup is bound to fade as both men face increasing competition, to the point that by the summer of next year talks of the match-up will either have faded or be non-existent.

Unfortunately in the world of high-level MMA this is more often than not the reality- remaining at the top level is hard. While Jones has done so for many years now, it appears that his time is running out. It would be a storybook ending for his time to run out against the new blood middleweight king, but at this point, Jones’ reign could be undone by a slew of contenders.

Freelance writer based out of Atlanta & lifelong MMA fan.