Khabib vs. Ferguson: Can the challenger defeat UFC Lightweight Champion? 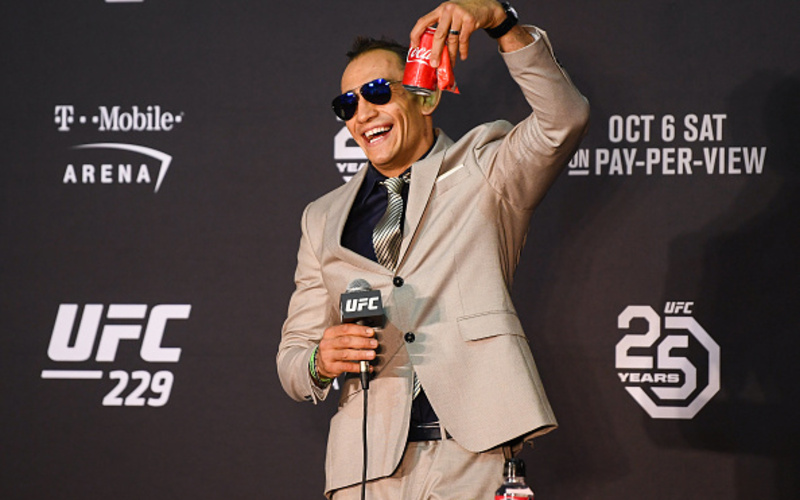 Khabib Nurmagomedov faces his toughest challenger in Tony Ferguson at UFC 249. The UFC Lightweight Championship fight is still weeks away, but anticipation for the bout is growing at a rapid pace. There are rumblings of a Khabib versus Conor McGregor title rematch and a mega-money fight against Floyd Mayweather being finalized. Yet, one thing has to happen first and that is Khabib must defeat Ferguson at the Barclay’s Center in April. Khabib versus Ferguson is the biggest UFC fight of 2020 and combat sports fans can use the Nairabet mobile app to get a bet bonus to wager on the fighter they believe will win.

Ferguson isn’t just a random fighter plucked by UFC president Dana White to fill-in the UFC 249 card. The Lightweight Championship No. 1 contender is 25-3 in the octagon and is on a 12-fight winning streak. Can the challenger defeat the UFC Lightweight Champion and throw a spanner in the works of Khabib’s future plans?

Ferguson’s coach Eddie Bravo has talked up the fighter’s strategy for the UFC 249 main event. According to Bravo, Ferguson will deliver a bevy of elbows and D’acre chokes to Khabib. Speaking on the Joe Rogan Experience, the jiu-jitsu coach delivered a strong tactical overview of what fans – and Khabib – can expect in April.

The 36-year-old Ferguson has not competed in the octagon since defeating Donald Cerrone in June 2019. The win came courtesy of a TKO in the second round of the fight. It was Ferguson’s second consecutive second-round TKO with the previous coming against Anthony Pettis in October 2018.

According to Bravo, Khabib is the “best ground and pound wrestler” in mixed martial arts. The focus on D’acre chokes not only give Ferguson a strong attack in the clinch, but the chance to defend himself when the two are on the mat.

Is Khabib focused on the fight?

Last September’s UFC 242 was the last time fight fans saw Khabib in the octagon. His third-round win over Dustin Poirier came thanks to a rear-naked choke. The Poirier fight and the previous win against Conor McGregor, saw Khabib in one-sided battles. Poirier nor McGregor were a match for Khabib’s wrestling skills. Ferguson will be a much different challenger and far more capable of grappling with Khabib than either of the Lightweight Champion’s previous opponents.

Khabib has a lot riding on UFC 249. The much speculated boxing match against Floyd Mayweather could hang in the balance. A loss could see the big-money fight canceled. A rematch with the recently returned McGregor is another possible route Khabib could take following UFC 249, but a loss to Ferguson would surely see the interest in the return bout decline – at least amongst casual MMA fans.

Bravo stated on the Joe Rogan Experience that “Khabib is not invincible”. Ferguson has trained hard for the fight and his tactics have been designed to trap the champion. The challenger may have a multitude of weapons but so far, no one has tamed Khabib in the octagon and made him vincible.