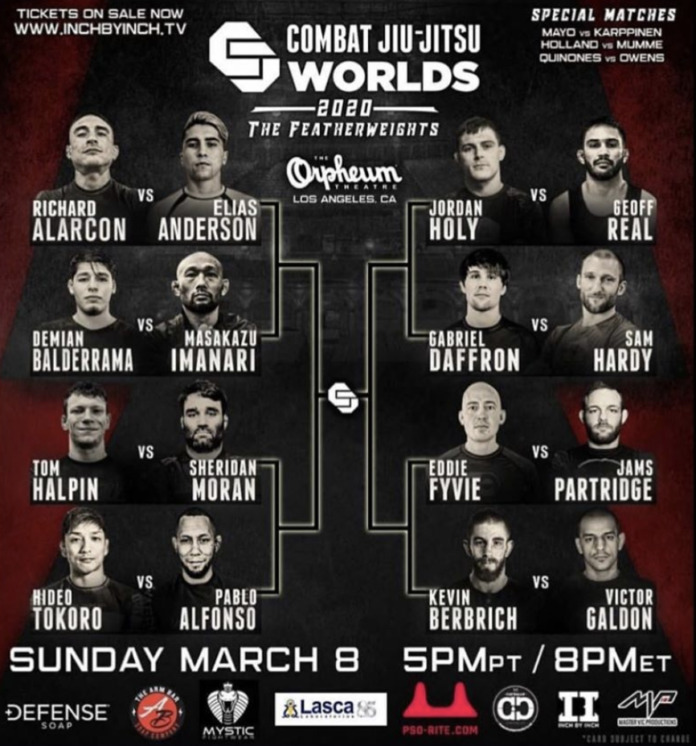 All of the action can be streamed live on UFC Fight Pass.

Keep it locked to MMASucka for live results from Combat Jiu-Jitsu Worlds 2020: The Featherweights all night long.

Masakazu Imanari def. Demian Balderrama via Submission (Inside Heel Hook) at 8:42 of Regulation