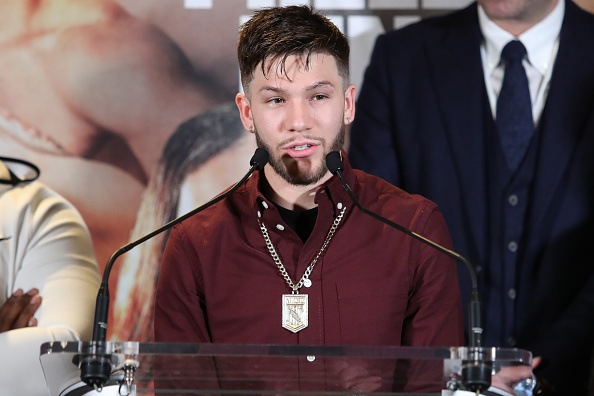 BKFC 11 is a few days away! It’s that time again Bare Knuckle fight fans, the most entertaining combat sports promotion on earth is rolling out another stellar card this weekend. Anyone who knows me at all, knows I love these events. There is something about the bare-knuckle fights that just radiates with me. There’s the fact that the fight can end at any moment and you know you’re going to see two fighters engage in an action-packed brawl. Here are the results from BKFC 10 if you want to revisit them.

This weekend, the main event features a clash between undefeated professional boxer Nico Hernandez and Chancey Wilson, who is an MMA fighter out of Witchita, KS. Wilson started out 3-0 but lost three consecutive fights, all via Rear Naked Choke. He’s opting to take that option off the table here, and focus on the standup fighting. Nico Hernandez is a talented and respected boxer who also calls Witchita, KS home. These two will be fighting in their backyards and it’s sure to be a heck of scrap.

In the co-main event, we’re going to see a rematch for the bantamweight title when Helen Peralta faces off with Christine Ferea. In their first clash, at BKFC 7, Peralta won the unanimous decision. The rematch should be fireworks and the winner will leave Witchita with a sixteen-pound gold and leather belt.

This is the fight that will kick-off the action Saturday night. Jacob Akin is 8-10 as an MMA fighter but will make his debut with Bare Knuckle this weekend. It’s an interesting transition as seven of his nine MMA victories have come by way of submission. There’s not a ton of evidence to support his abilities as a striker.

Miles McDonald is a Bellator veteran who won his last MMA contest via TKO with strikes. He seems to have the upper hand when it comes to striking and after all, that’s what these guys will be doing Saturday night.

This should be a fun fight to kick off the action Saturday night. We can expect Miles McDonald to hold the upper hand and earn the victory here. You never know though, anyone who touches someone without gloves, can get the finish. Miles McDonald via TKO early.

Josh Neer is a well-travelled fighter and has competed in both MMA and the world of bare-knuckle in the past. He has lost his last three MMA contests and competed in a different bare-knuckle boxing promotion, earning a stoppage victory. Neer is tough as nails, and will without question show up ready to scrap.

Ronnie Forney has a 3-1 record in MMA but is 0-1 in BKFC. He was knocked out by Dave Mundell in the first round of his BKFC debut back in October of last year. There’s no shame in losing to Mundell, and Forney will be looking to get in the winner’s collum Saturday night.

This has the potential to be one of the best fights on the card, and despite a clear experience advantage, it’s not going to be an easy victory for Neer. Neer needs to utilizes his dirty boxing on the inside to get the stoppage victory.

Kenny Licea will be back in the BKFC ring Saturday night. He stopped Harris Stephensen in the first round of his debut outing with BKFC. He showed a really good form and plenty of power.

Jake Lindsey is a veteran of the UFC and will be making his BKFC debut Saturday night. He has shown the ability to strike in the past and holds several victories in MMA by knockout and TKO.

This fight could be one of the more technical on the card. in a close one, Kenny Licea is the pick, simply because he has experience in this style of combat.

LJ Hermreck is 3-4 as an MMA fighter and has competed in Bellator. He’s another guy who has only won via submission and doesn’t have a ton of striking history to research. He’s an athletic fighter and pretty big for the division. He will have a reach advantage in this fight.

Joe Wilk is an experienced MMA fighter but has lost seven of his last ten contests. He was stopped in one round in his last bout in 2018. He’ll be looking to transition into the world of bare-knuckle boxing Saturday night to see if he can jumpstart his career.

Wilk isn’t in good form. He’s been stopped in three of his last four outings via TKO and likely won’t fare much better Saturday night. LJ Hermreck via TKO.

Cody Carrilo is an experienced MMA fighter with an overall record of 15-17. He lost a boxing match with Brian Foster via stoppage in August of last year and in his last MMA bout he was again stopped in the first round.

Jeremiah Page is a boxer who is looking to lose the gloves and win his fight. He hasn’t had too much success as a boxer but has good abilities. He has a boxing record of 3-7 as a professional.

Honestly, this one could go either way. Jeremiah Page has the boxing experience, leading to him presumably getting his hand raised Saturday night.

Shewmaker is a known commodity in the bare-knuckle world. The heavyweight is 3-1-1 in BFFC and is tremendously heavy-handed.

Joshua Burns is making his Bare Knuckle FC debut Saturday night. He has a career MMA record of 8-9. He’s lost four in a row, and seven of his last nine fights. He was finished via strikes in four of those contests.

Sam Shewmaker is going to go through Burns like a buzzsaw here. He has the bare-knuckle boxing experience and is a better overall striker. Expect a knockout here and for Shewmaker to get his hand raised.

Melvin Guillard has become a bit of a cautionary tale in the world of combat sports. The once-promising MMA fighter has fallen on hard times. He hasn’t won a fight in nearly six years and has dropped ten consecutive bouts. He isn’t new to BKFC as he competed and lost at BKFC 7 to Issac Vallie-Flagg.

Dakota Cochrane has fought twice in bare-knuckle fights. He beat two big-name MMA stars Chris Leben and Johny Hendricks in bare-knuckle bouts. He’s won nine of his last ten bouts and looks to establish himself as a title contender with a win Saturday night.

Guillard has fast hands and will be in the fight. That said, Dakota is the more talented boxer, and we can fully expect him to take the fight into the later rounds and earn the victory here. The Pick – Cochrane via late-round TKO or unanimous decision.

Helen Peralta is looking to leave Witchita with a shiny belt around her waist. This is a rematch from a fight we saw back in August of last year. It was a great fight, and in the end, Peralta got her hand raised via unanimous decision. It’s good to see them run it back and this should be a great fight.

Christine Ferea is 2-1 in BKFC and she has looked good in the ring. She has fast hands and isn’t afraid to bite down on her mouthpiece and throw hands in a dogfight. She dropped a decision to Peralta before, but it was a fight of the year candidate and should be again.

Their first fight was an instant classic and there’s no reason to assume this won’t be another barn-burner. In a coin toss here and the pick is Christine Ferea to earn the victory here and leave with the bantamweight championship.

Nico Hernandez is a professional boxer with an undefeated 7-0 record. He won the bronze medal for the USA in the 2016 Olympics. Hernandez has a ton of power and goes to the body like few boxers out there. He has the chance to be a huge star for BKFC.

Chancey Wilson is facing very stiff competition Saturday night, but he’s not showing up to lose. Wilson is a talented striker with speed and power. He is making his bare-knuckle debut after going 3-3 as an MMA fighter. Chancey Wilson began his career 3-0 before losing three straight all via rear-naked choke.

Chancey Wilson is going to show up to do his best, but he’s simply outgunned here. We can expect Nico Hernandez to showcase his skills early and often Saturday night and win the fight via stoppage, in the early going. This should be a star-making performance for Hernandez in BKFC.