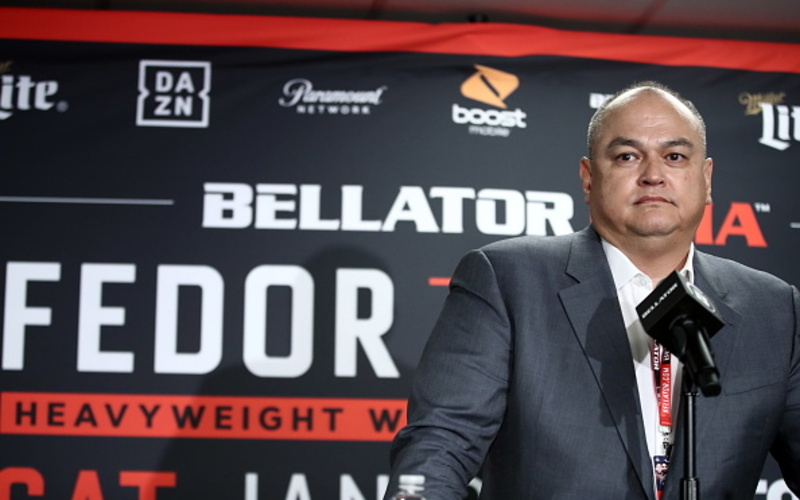 The Coronavirus continues to affect global sports. After impacting the NBA, the NHL and MLB, it appears that the MMA world is no exception. Bellator 241 was scheduled to feature a main event bout between Patricio “Pitbull” Freire and Pedro Carvalho. The event was to take place as a closed-door event. Scott Coker, president of Bellator announced as much less than 24 hours ago.

However, fans were in for further disappointment. Coker took to social media to announce its “postponement”. Coker did not mention any future dates for the event. It is also unclear whether there will be a change in venue.

Bellator had scheduled the event at the Mohegan Sun Arena in Uncasville, Connecticut. The arena has a capacity of 10,000 people. Had the event gone on as scheduled, the arena would have hosted Bellator for the twenty-first time since 2009. Coker did, however, issue an apology as a part of his statement. He specifically addressed the fans, the athletes and DAZN. Coker also stated that refunds will be available for fans who purchased tickets to see the event live.

The decision by Bellator comes late. All fighters had successfully finished camp. The weigh-ins for the event were also done. Early fan reactions have been mixed. Several voiced concern for fighters’ pay. Others have praised Coker for making the judgment call.

Bellator are not alone. Other promotions are also affected by the Coronavirus. ONE FC had already set the precedent with this. Their recent event, King of the Jungle took place behind closed doors in Singapore.

The UFC also have an event this weekend. A card scheduled in Brasilia features a main event between Kevin “MoTown Phenom” Lee and Charles Oliveira. That too will take place behind closed doors. Fans continue to speculate about future UFC events.

The marquee UFC 249 event featuring Khabib Nurmagomedov and Tony Ferguson is under scrutiny. This comes in the wake of New York banning gatherings of more than 500 people.

It is unclear how badly the financials of the MMA promotions take a hit, as the Coronavirus continues to impact all global activities.