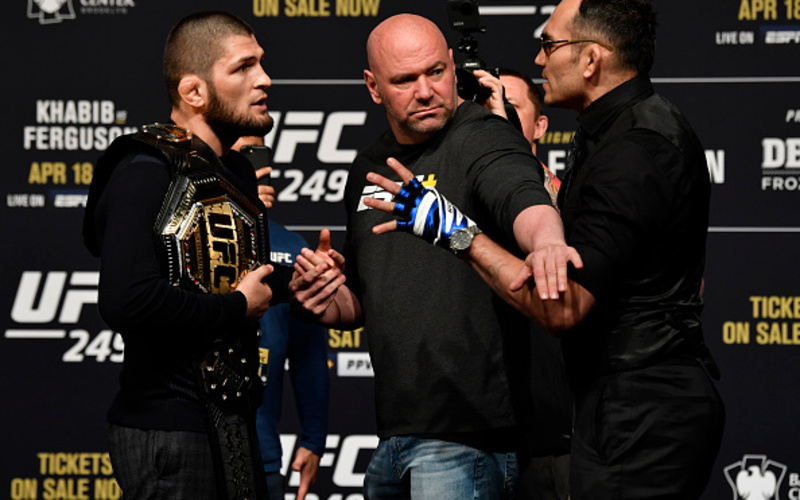 As the coronavirus continues to spread around the world, sporting events are being canceled far and wide. For MMA fans, the impact hasn’t been as serious, yet. Some fight cards are moving venues and others are being fought with empty crowds. But no events in North America have been canceled yet. With UFC 249 approaching, the UFC will be monitoring the situation very closely. The state of New York has banned public gatherings of more than 500 people for the time being. That could definitely have an impact on UFC 249 if the ban is still in place come April 18.

Headlined by a long awaited fight between Khabib Nurmagomedov and Tony Ferguson, this card is expected to be huge. Online gambling sites in the US are expecting a lot of action on this fight card and would be devastated by a potential event cancellation. As it stands, Nurmagomedov is around a -290 favorite with Ferguson coming back around a +245 underdog. The fight has been scheduled but fell through four times in the past. Fans are yet again close to seeing the fight go down. This time, though, the fate of the fight is out of the control of both fighters and the UFC.

If New York is still banning public gathering of 500+ people by April 18, there’s nothing that Dana White and the UFC can do. They’ll have no choice but to either cancel the event or close it to fans. It’s hard at this point in time to have a gauge on what to expect surrounding the coronavirus pandemic a month from now. It could be contained in the US with cases decreasing, or it could be even worse and the whole country might be all but shut down. All we can do as fans is hope that this great card headlined by an awesome fight will be able to proceed as planned.