UFC Brasilia is now one for the books and featured an exciting main event between Charles Oliveira and Kevin Lee. Coming off six straight wins, all by finish, Oliveira had a lot of momentum. Lee was also coming off a brutal knockout victory in his most recent bout.

The winner of this one was sure to put themselves into title contention and it was the Brazillian who got his hand raised in the end. It was a back and forth fight, where both men had success on the feet and on the ground.

The end came at 28 seconds into the third round when Kevin Lee shot in for a takedown on Oliveira. That isn’t something you want to do with the all-time record-holder for most UFC submissions. The Brazillian took Kevin Lee’s neck and quickly locked in the guillotine. Despite protesting the tap, it was clear and Oliveira handed Lee his fourth loss in six fights.

After the fight and after the protest from Kevin Lee, he joined the media for a very honest interview. He stated that he felt the ‘fight was going good and I just got choked’.

He also holds his hands up and admits that he actively decided to ignore the gameplan, ‘I told them (his corner team) that I was going to switch up the gameplan. Looking back on it, that was the wrong move’. Lee has recently moved to Tristar to train under the tutorage of Frias Zahabi. He also gave praise for his corner team ‘my coaches told me all the right things to do, I abandoned it, it’s all on me on this one’.

Kevin Lee also addressed the fact that he missed weight (for the second time in his UFC career) and admitted that it was ‘unprofessional’ and that he could have ‘approached it a whole lot better’. He said that he can’t do anything but ‘apologise and blame myself’. He also suggested that he will be staying at lightweight, rather than competing at welterweight again.

It could be a while before we see Kevin Lee again, however. Suggesting that it could be ‘maybe a few years’ before we see him again. There was an understanding that he needs to improve his Jiu-Jitsu, ‘these guys ain’t even choking me, I think I’m choking myself, so I gotta figure out why’.

You can see the full interview here:

What’s next for Kevin Lee?

As Kevin Lee stated himself, it could be a while before we see him in the octagon again. At just 27 though, he is certainly yet to hit his prime. If he is able to keep his ego in check and follow the gameplan set by his corner team, he will likely have more success in the future. He has the wrestling ability to hang with most at 155lbs and clearly has the knockout power too (as we saw in his brutal knockout of Gregor Gillespie).

He certainly needs to improve his gas tank as he seems to fade early on in fights. Against Tony Ferguson, Al Iaquinta and Oliveira he certainly seemed much more laboured in the fight than someone of his ability should be.

Having headlined four fight night cards and one PPV, Kevin Lee definitely has the star power. If he put it all together inside the octagon, he can certainly be a problem at 155lbs in the future. 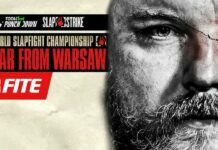