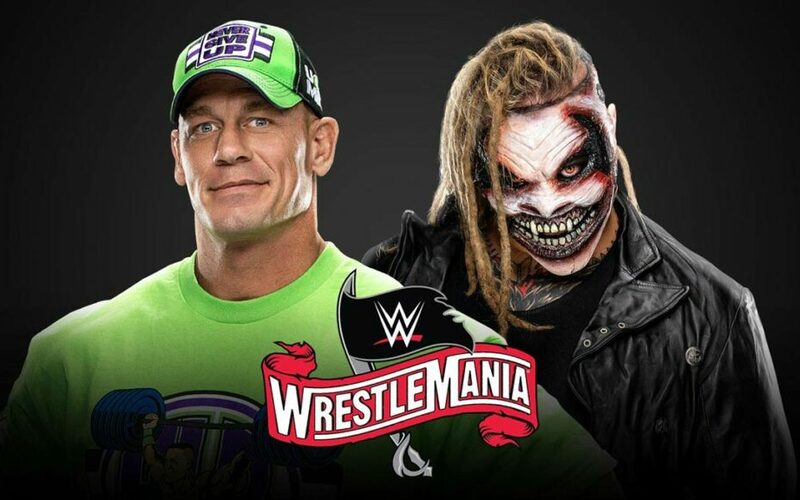 If the second day of Wrestlemania 36 is anything like yesterday, it should be a fast-paced, good show. Unlike yesterday we have an advertised card for today. The presumed main event will be Brock Lesnar defending the WWE Championship against Royal Rumble winner Drew McIntyre. Drew McIntyre made a name for himself winning this year’s Royal Rumble. He was a guy who was always pegged to be a main eventer but did was never truly ready for that spot. Since returning to WWE, slowly worked himself up the card and has proven to be a person that the fans can get behind. Facing Brock Lesnar and coming out a winner though is easier said than done. Lesnar has held the belt for over 760 days and usually dominates every match he is in. We’ve got Wrestlemania 36 results for you all evening long.

Also tonight we got the returning John Cena vs. The Fiend in a Firefly Funhouse Match. What does this mean? I have no clue. Yesterday’s AJ Styles vs. Undertaker was the buzz of the wrestling world. Will this match have a similar cinematic style? Will it be like a cheesy Syfy movie? I am intrigued to find out how it goes.

The rest of the card also includes Otis vs. Dolph Ziggler, the returning Edge vs. Randy Orton, and Rhea Ripley defending the NXT Women’s Championship against Charlotte.

The second night once again is from the WWE Performance Center in Florida in an empty arena. You can thank coronavirus for that.

If you want some in-depth previews of the individual matches courtesy of sister site Last Word on Pro Wrestling, you can go to the Smackdown preview here and the RAW preview here.

To see our results of day one of Wrestlemania 36 go here.

You can watch Wrestlemania 36 live on the WWE Network, FITE TV, and the Fox Sports app starting at 7 p.m. EST.

Check out full Wrestlemania 36 results below

Liv Morgan def. Natalya via pinfall with a rollup in 6:25: Natalya played the crafty veteran who kept trying to one-up Liv Morgan. Natalya controlled most of the match with Morgan having small pockets of hope spots. After a series of rollups and reversals, Morgan rolled up Natalya and got the pinfall victory. This might be Morgan’s first win on a PPV. Simple match. Simple story. I give it one can of White Claw.

Charlotte def. Rhea Ripley to become the NXT Women’s Champion by submission with a figure four leglock 20:30: This match went on and on and on. They tried to execute an “epic style” NXT main event match but it just didn’t work. No crowd to get behind the wrestlers. No atmosphere. Nothing. If you like hearing wrestlers scream this is your match. Charlotte won by submission with a figure four leglock.

Aleister Black def. Bobby Lashley by pinfall via Black Mass at 7:08: Why was this a Wrestlemania match? I don’t know. Lashley dominated for most of the match with Black getting in some comeback hope spots. Lashley then was going to go for the Dominator but then for some reason his manager Lana gets on the apron and yells at him to do a spear. Why? I don’t know. Lashley went for a spear and Black hit a Black Mass for the pinfall.

Otis def. Dolph Ziggler by pinfall via jumping elbow at 8:15: Did you ever see that South Park episode where the kids make their own wrestling promotion and it involves absurd love triangles, abortion, and other wacky things? This entire backstory for this match was like that. All you need to know is Otis pinned Dolph Ziggler with a jumping elbow after interference from Mandy Leon. This is the type of match you think when people say wrestling is a male soap opera and that is not a positive connotation.

Edge def. Randy Orton in a last man standing match 37:08: What an incredible, awesome match. This match was long but did not feel its length. Match started off with Randy Orton sneak attacking Edge with two RKOs. They then brawled ALL OVER the Performance Center. And I mean everywhere. They fought in the workout area, production area, storage, meeting room, and a production truck. There are too many highlights of this match to say but as of now, this has been the best match of the two nights. Edge’s back was a bruised and Orton’s shoulder was bleeding. The match ended with Edge doing a conchairto to Orton who couldn’t answer the 10 count. Watch this match.

Street Profits def. Austin Theory and Angel Garza to retain the RAW Tag Team Championships by pinfall after a frogsplash at 6:23: I find the Street Profits to be extremely annoying. Austin Theory is not a future star. Both teams kept screaming “THIS IS WRESTLEMANIA!” Skip.

Bayley def. Lacey Evans, Sasha Banks, Tamina, and Naomi to retain the Smackdown Women’s Championship at 19:27: This match was a cluster****. And not a good one. Like every WWE multiperson match everyone rotates to get their spots in. Sasha and Bayley formed an alliance. Baylet missed a running knee on Lacey Evans and hit Sasha. Sasha was angry and the two performed high school theater-level acting saying “you were my friend” and all that. Then for some reason even though Banks was eliminated she helped Bayley get the win. Cringe. Skip.

I think The Fiend def. John Cena at 13:00 in a Firefly Funhouse match…maybe… I am not sure. This is one of the worst things I ever saw. I am going to leave it at that.

Drew McIntyre def. Brock Lesnar to become the new WWE Champion after a claymore kick via pinfall at 4:28: It’s too bad Mcintyre’s Wrestlemania moment is in front of a crowd of zero. Mcintyre tried to finish Brock early with a claymore kick but Brock kicked out. Brock then gave a million German suplexes and a number of F5’s to McIntyre who kept kicking out. McIntyre made a comeback and delivered four claymore kicks to Brock to get the pinfall victory. Short and serviceable match especially because this show was running way too long.