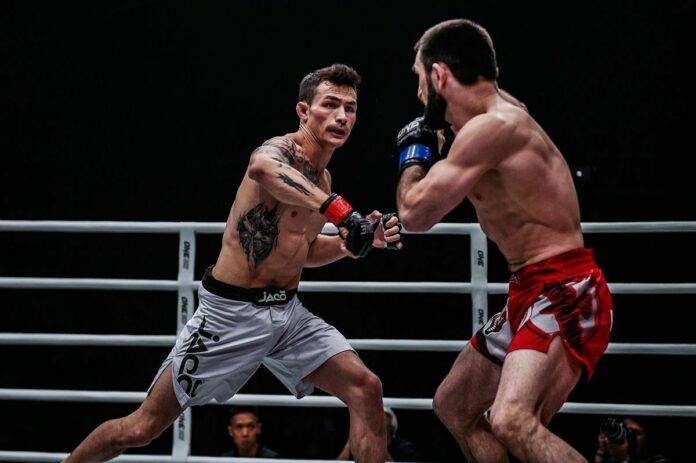 Some may remember Thanh Le from his brief stint on their television screens, but those fleeting appearances do not do his mixed martial arts career justice.

The Louisiana native sports an 11-2 professional record with no decisions. He has put together an impressive record that proves his talent and shows he is one of the most exciting finishers going today.

If you have been sleeping on the former LFA champion, here is a look at just who Thanh Le is.

The Louisianan made his professional debut on November 8th, 2013 at Renaissance MMA 29. It did not go his way as Robert Dunn forced a submission at 4:58 of the first round. However, this would spark Le to go on a career-changing run.

In 2014, Le fought and won four times. Each one ending in the first round. The string of victories did not just put him on the map, it caught the eyes of the UFC who gave him a shot on The Ultimate Fighter Season 22. In the elimination bouts, he knocked out Andres Quintana to earn his way into the house. Le would lose in the opening round via submission to Martin Svensson, but his 2015 put him on the radar as one of the most exciting up-and-comers.

Following the show, Le got back to work with first-round finishes over Cody James and Alex Black. This would earn him a shot on Dana White’s Contender Series against Lazar Stojadinovic. Although Le was victorious by knockout, he was not selected to receive a contract.

During his early 8-2 record on the regional scene, Le proved to be one of the most exciting action fighters. None of the 10 bouts went to the scorecards, and six of his eight victories ended in the first round.

Bursting Onto the ONE Scene

Nearly a year following his last bout in LFA, Le made his ONE Championship debut. At ONE: For Honor, Le met Yusup Saadulaev and made an instant impact with a second-round knockout.

In his follow-up bout three months later at ONE: Dreams of Gold, Le continued to put the ONE audience in awe with a first-round knockout over former ONE Lightweight World Champion Kotetsu Boku.

In January, Le returned for a showdown with Ryogo Takahashi at ONE: A New Tomorrow. If there was any doubt about whether he could keep his impressive knockout stream going, Le put those to rest in under three minutes with another spectacular knockout to keep his ONE record perfect at 3-0.

Martin Nguyen is the reigning king in ONE’s featherweight division. After a perfect start in the promotion, with three highlight-reel knockouts, Le has put himself at the top of the list to challenge for the gold.

Following the victory over Takahashi, Le was adamant he had done enough to earn the title shot.

It is difficult to argue against the American.

His track record shows he is an action fighter who excites the fans, and the results put him at the top of the contender’s list. The 34-year-old has proven that his rise is not a fluke, and he is one of the most exciting athletes in the game today. He has knockout power in his hands and feet and can hold his own on the ground.

Should a title tilt be on his horizon, it will be a well-matched battle of incredible martial artists that no fight fan should miss.