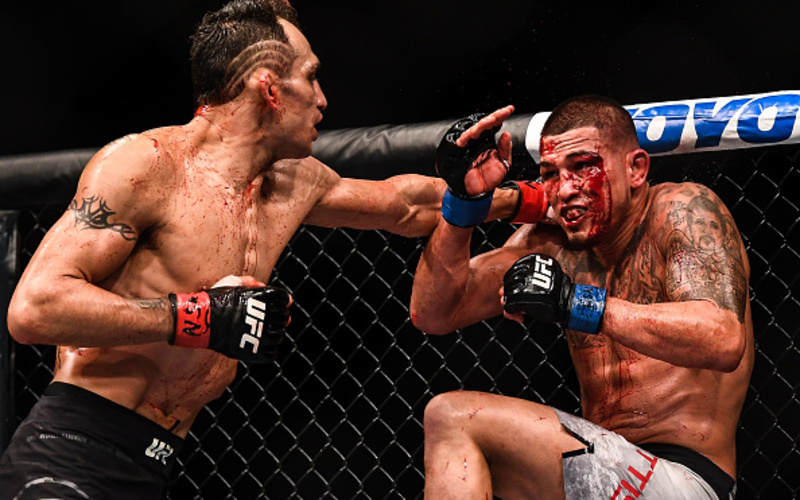 With UFC 249 set to take place in Jacksonville, Florida during the middle of the COVID-19 pandemic, it is uncertain as to how the entire event will transpire. With fighters having to step up on short notice and a lack of training camp simply due to a lot of gyms closing we could potentially see some big upsets. However, the card is set up to have fireworks from start to finish. Headlined by Tony Ferguson taking on Justin Gaethje, fight fans can expect a war in the main event.

Some betting sites have even taken this opportunity to come up with some interesting prop bets. Some of the bets include if Bruce Buffer will wear a mask inside the cage or not and which fighter will bleed first, to name a few. MMASucka took a dive into a few betting sites and here are some of the funnier and more interesting prop bets for UFC 249.

Will the winner of Ferguson and Gaethje mention Khabib Nurmagomedov in the post-fight interview?

Will the winner of Ferguson and Gaethje say “corona” or “COVID” in the post-fight interview?

Will the winner of Pettis and Cerrone mention Conor McGregor in the post-fight interview?

Will Bruce Buffer wear a mask in the octagon during the main card?

Will a referee wear a mask in the octagon during the main card?