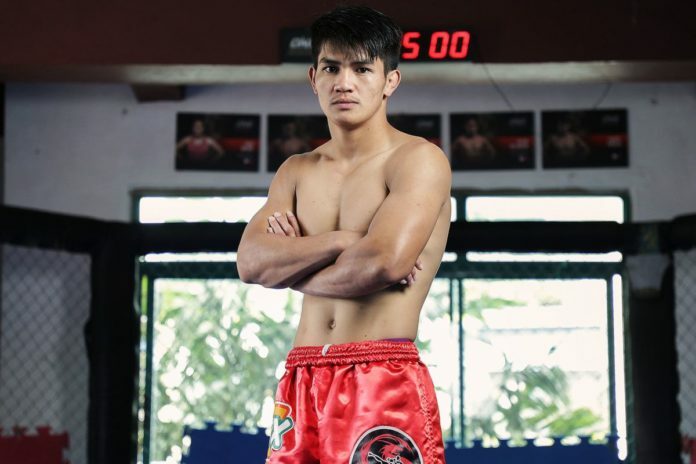 ONE Championship has been an essential piece of the mixed martial arts ecosystem since its inception, and its cultivation of Asian talent has born fruits for the organization. We will take a look at five Asian contenders within the promotion.

Last week, ONE unveiled its first-ever organizational rankings. The title pictures became a little more clear as champions now had five contenders ranked to show who was nearing a chance at ultimate glory.

But who should you be keeping your eyes on from across the globe?

Here are five of the most exciting Asian contenders who could see a title shot in 2020.

After dropping a bout to divisional king Adriano Moraes in 2017, Danny “The King” Kingad went on a seven-bout win streak that put him into a match-up against Demetrious Johnson. Although he came up short, Kingad went the distance with the greatest flyweight the world has ever known.

Kingad is seeking return bouts against both men (h/t ONEFC.com’s Christian Jacinto). And he is not far away from achieving those main event calibre matches.

“The King” returned in 2020 to defeat Xie Wei, and in the inaugural athlete rankings, the Team Lakay representative checked in as the No. 2-ranked contender behind Johnson.

The growth of Kingad’s game following the loss to Moraes was tremendous, and his experience inside the ONE Circle with Johnson will only go to improve his skill as well. Expect him to be a stiff challenge for both men as he inches towards his coveted rematches.

Shooto Bantamweight World Champion Shoko Sato is the No. 2-ranked contender for Bibiano Fernandes’ ONE Bantamweight World Title, and the Japanese star is riding on a six-bout win streak. Perhaps more impressively, he has finished each of his three contests inside of ONE.

That, paired with his Shooto title, makes him a surefire threat in the division.

Sato has notched 18 career knockouts, but he has an underrated ground game as well. In his last outing at ONE: FIRE & FURY in January, Sato submitted Kwon Won Il inside the first round to cement himself as one of the best bantamweights in the world.

The Sakaguchi Dojo and Fight Base Toritsudai trainee has shown his world-class skills wherever he has gone. Now, he hopes to break out onto the world stage with his sights set on conquering ONE.

Some say atomweights don’t have power. Some have never met No. 2-ranked contender Meng Bo.

In her organizational debut last November at ONE: AGE OF DRAGONS, Meng ousted Laura Balin by knockout in 2:45 of the first round. The clean KO showed that she has the power to finish and that she is a factor in the division.

ONE Atomweight World Champion Angela Lee was involved in a thrilling rivalry with strawweight queen Xiong Jing Nan in 2019, but while she chased history, the rest of the division was working on getting on her level. Meng is at the top of that list.

The Chinese powerhouse still has more to prove that it was not just a one-time occurrence. But it put her on the map as a major player in the division and as one of the most exciting atomweights to watch moving forward.

ONE Featherweight World Champion Martin Nguyen has a whole host of contenders nipping at his heels. The No. 2-ranked contender, Koyomi “Moushigo” Matsushima, got back in the win column in February to bolster his contender status within the division.

At ONE: WARRIOR’S CODE, Matsushima got the TKO victory over Jae Woong Kim in the third round. The win came after a failed title bid against Nguyen but proved he learned from the defeat and had a renewed focus on getting another shot at gold.

But it will not be an easy shot to earn with the likes of Thanh Le and Garry Tonon making moves with undefeated promotional records.

Still, Matsushima is on the precipice of another bid for gold, and his skills make him a can’t-miss athlete on any ONE card.

After a 3-0 stint on Rich Franklin’s ONE Warrior Series, Lito “Thunder Kid” Adiwang made his main roster debut in 2019. He quickly made an impact with a stoppage over Senzo Ikeda in the first round.

He returned at ONE: FIRE & FURY in January with a second first-round victory. This time, it was Pongsiri Mitsatit who succumbed to a Kimura.

The Team Lakay standout has quickly put himself into the hunt for teammate Joshua Pacio’s ONE Strawweight World Championship. “Thunder Kid” currently sits as the fifth-ranked strawweight in the division. If the Filipino has another first-round finish when he returns, it would not be out of line to see him call for a title shot.

Still, the young firecracker has quickly made himself a force to be reckoned with inside ONE. The two-time Philippine National Wushu Champion has risen from prospect to contender in short order.