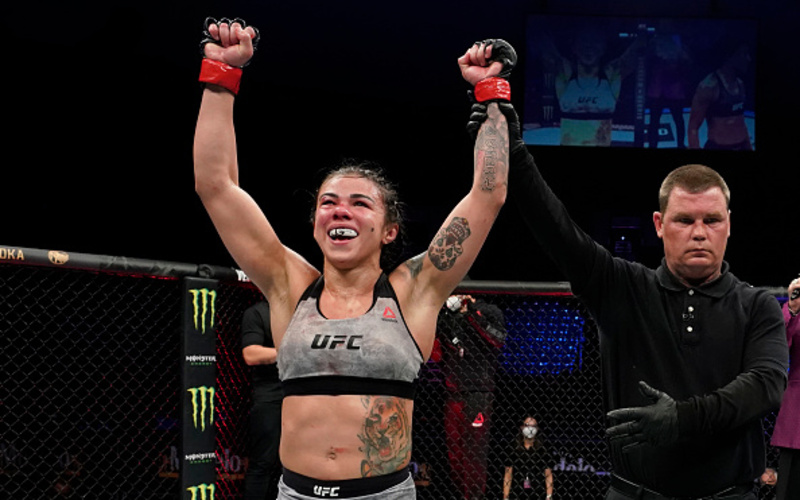 UFC on ESPN 8 had its fair share of noteworthy stories both going in and out of Saturday night. It featured a father returning to the octagon after the death of his stepdaughter and a bevy of razor-close decisions all across the card in an empty arena due to the coronavirus pandemic. The aftermath of the main card left a lot to be parsed through in terms of next steps. However, the UFC on ESPN 8 Post-Fight Matchmaker will try to do that by determining who each of the event’s main card winners should face next.

Song Yadong remains undefeated in the UFC after edging out Marlon Vera by decision. At just 22 years of age, Yadong has plenty of time to develop into a Chinese MMA superstar, following in the footsteps of current women’s strawweight champion Weili Zhang.

He is now looking to take another step up in competition, and Rob Font seems like a good opponent for this opportunity. They have pretty similar boxing-based styles, making for a fun striking battle. Meanwhile, Font is also riding a two-fight win streak and has faced a lot of elite competition. This matchup likely gives the winner a chance to face a top ten opponent and chase true contendership.

In a lackluster fight, Krzysztof Jotko outlasted Eryk Anders to earn a decision win. Jotko has now won three fights in a row, getting back on track after losing three straight. He will now look to work his way back into the middleweight rankings. Meanwhile, Makhmud Muradov was scheduled to face fourteenth-ranked Antonio Carlos Junior before an injury forced “Cara de Sapato” to withdraw. The Uzbek and Floyd Mayweather Money Team product Muradov has started his UFC career with two impressive victories and will be riding a lot of momentum into his next fight. With Muradov looking for an opponent and Jotko seeming ready to go for another fight, this matchup can be booked to see who earns a ranking and ranked opponent.

Dan Ige ruined Edson Barboza‘s featherweight debut, winning by a debatable split decision. Ige displayed some impressive striking against one of the organization’s most talented fighters in that department. He is now on a six fight winning streak after dropping his UFC debut, and has proven that he is ready to work towards contention.

Shane Burgos has also gone 6-1 in the UFC against stiff competition. Currently ranked tenth, Burgos is working towards bigger fights after recently signing a new four-fight contract. A Burgos-Ige fight would be certain to bring tons of action and determine a new elite contender in a stacked featherweight division.

In another debatable split decision, Claudia Gadelha did just enough to defeat Angela Hill. “Claudinha” has now won two in a row and five of her last seven since losing in her lone title shot against Joanna Jedrzejczyk. One of those wins came in an uninspired split decision over former champion Carla Esparza back in 2018. However, given the current state of the division and Gadelha’s post-fight callout of Esparza, a rematch makes sense. Esparza seems very interested, even getting under Gadelha’s skin a little with her response. The fight’s winner gets that much closer to getting another shot at gold and a chance to shut their opponent up.

“The Demolition Man” Alistair Overeem survived an early barrage and near-finish from Walt Harris to come back and get a second round TKO finish himself. Overeem is now 40 years old, but is always a tough out with plenty left in the tank. If it were not for a last-second KO loss to Jairzinho Rozenstruik in December, Overeem would be on a four fight win streak. With that in mind, Overeem is still very much deserving of a fighter near the top of the division.

One of the only fighters that Overeem has not fought yet is Derrick Lewis. Lewis and Overeem have been circling each other for a long time now, and this seems like an opportune time for them to finally face each other. The tactical kickboxing skill of Overeem and the powerful brawling style of “The Black Beast” Lewis is an easy choice to headline a Fight Night card in the near future.