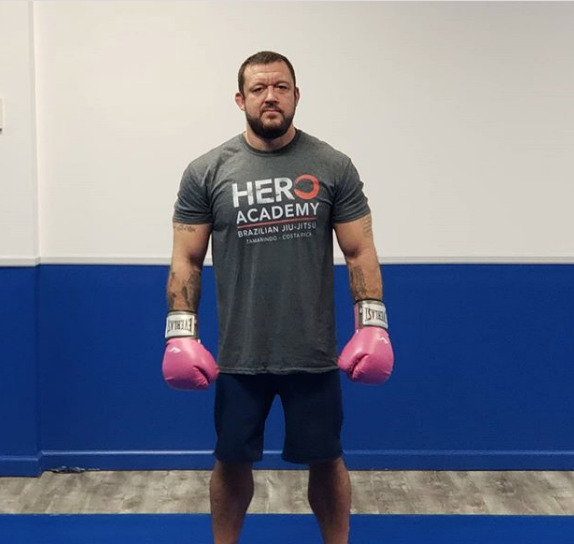 A new submission threat is hitting the ONE Championship heavyweight division. Tom DeBlass announced that he is coming out of retirement to compete in the ONE.

ONE Heavyweight World Champion Brandon Vera now has a new contender making his way up the mountain.

Tom DeBlass Signs with ONE Championship

Thank you @yodchatri and @onechampionship. I’m back.

“This pandemic brought all of us to places we never expected to be,” said DeBlass on his social media pages when announcing his return to competition. “Yet this pandemic also forced ourself [sic] to look hard and long in the mirror at who we are.”

DeBlass is a multi-time grappling champion. He has won a no-gi World Championship in 2015, Grapplers Quest National Championship, and is a multiple-time ADCC North American gold medalist.

DeBlass’s statement continued, “I remember the first time I went to corner Garry Lee Tonon, the owner of One, Chatri Sityodtong, approached me like he knew me for years. I was so impressed with him, his staff, and the fans. I watched the event, the fighters, the respect, and I immediately loved MMA again, I loved the code of the Samurai, and no organization emulates this code like One.”

This isn’t his first rodeo

DeBlass, now 38, holds a 9-2 professional mixed martial arts record. In his last outing, in November of 2013, DeBlass recorded a knockout over Jason Lambert.

The BJJ star joins his student Garry Tonon on the chase for ONE gold and adds an ever-present danger for anyone who wants to test their skills on the ground.

In a follow-up post on Instagram, DeBlass said of his return, “This isn’t about going in and smashing everyone, this is about training to become the best version of myself. What a beautiful life I live.”

“He must need the money, he’s too old at 38, he said he hated fighting, hopefully he gets knocked out.” 1. My bank account says I don’t need the money. 2. I am just as fast, but more powerful. 3. I do hate fighting, yet I love One Championship. 4. If you wish I get knocked out, that’s fine, I wish you can find love in your heart and feel a sense of accomplishment. It doesn’t matter what people think or wish, I will be one of the biggest draws in Asia and One FC and that is a fact, not opinion. I will bring even more eyes to the event. I don’t look at @onechampionship as MMA, I look at One as a way of life. This entire situation with covid lit a fire inside of me that I didn’t know still burned. I understand the risks, but I am also a very proud man. As I grow older this will simply be another part of my ever building story. This isn’t about going in and smashing everyone, this is about training to become the best version of myself. What a beautiful life I live.