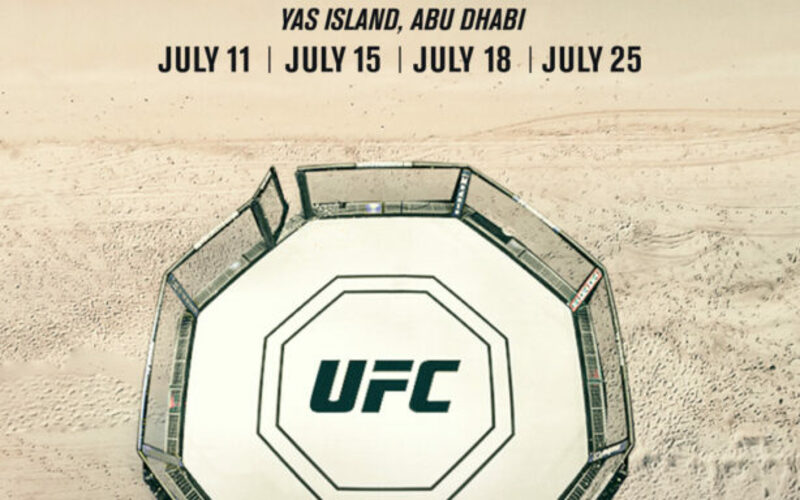 Dana White recently announced that there will be four events in 14 days on Fight Island. UFC 251 will kick off proceedings on July 12th, with three events occurring shortly afterwards. A whole host of excellent fights have been announced for these events and there is a clear trend throughout – British fighters. After UFC London was cancelled in March, many UK based fighters were unable to travel and therefore unable to be rebooked. Now that travel restrictions have been eased, Brits are looking like they’re going to take over Fight Island in July.

We take a look at each British fighter taking part in the first two Fight Island cards and give predictions on the outcomes of their match-ups.

Although most eyes will be on the three title fights taking place at UFC 251, there are a number of British fighters on the card too.

The entire card kicks off with Davey Grant taking on Martin Day. The TUF season 18 finalist, Grant is 2-2 in the UFC, with wins over Marlon Vera and Grigorii Popov. Having taken a few prolonged periods of time out from of action, Grant will be looking to hit the ground running and continue his momentum following his 2019 victory over Popov. His opponent has only competed once in the UFC, a split decision loss and has been out of action since 2018.

Grant will have too much high-level experience for Day. Although Grant is a wizard on the floor, Day’s ground defence should be strong enough to hold out. Grant via UD.

Scot, Danny Henry returns at UFC 251 on Fight Island. 2-1 in his UFC career, Henry most recently lost to Dan Ige in London last year. Scheduled twice since then, the Scot will now take on ‘Mr Finland’, Makwan Amirkhani. We most recently saw Amirkhani badly gas out against Shane Burgos and suffer the first finish loss of his career. The SBG prospect always comes to fight and if he can sort his cardio issues out, this should be a great fight.

Although Henry has a lot of skills and has knockout power (ask Hakeem Dawodu), Amirkhani’s experience will be too much. Expect Amirkhani to have sorted his cardio problems out and get the W in this one. Possibly even by late TKO.

The first Fight Night card on Fight Island features four British based fighters, all of whom are exciting to watch.

Kicking off the British proceedings is the ‘White Mike Tyson’, John Phillips. Having had a rough UFC career so far, Wales’ own got his first W in the octagon last time out. He brutally knocked out Alen Amedovski within 14 seconds. One thing we learnt from this bout, you don’t want to stand and bang with Phillips. He takes on Dusko Todorovic, who makes his UFC debut. The 9-0 prospect has twice previously been scheduled to face Phillips but both times the event has been cancelled.

This could go one of two ways. Firstly, Todorovic does the ill-advised thing, believes in his power (multiple finishes will do that to you) and try and bang with Phillips, who will likely knock him out. Or, he does the sensible thing, sticks and moves, makes it ugly and outpoints Phillips for a straight forward victory. Unfortunately for British fight fans, I’m going with the latter. Todorovic by UD.

Onto arguably one of the most exciting UK prospects returns on Fight Island. ‘The Miracle’, the undefeated, Lerone Murphy takes on Ricardo Ramos. Murphy made his UFC debut at UFC 242, where he fought to a draw with Zubaira Tukhugov. It was largely believed that he won that fight, despite this, it goes down as a draw. The undefeated featherweight turned professional in 2016 has notched five finish wins in his eight wins, impressing nationally before making his UFC debut.

His opponent, Ramos, is 5-1 in his UFC career, making his UFC featherweight debut in a performance of the night winning bonus last time out against Eduardo Garagorri. Having fought three times in 2019, 2020 has been slower for Ramos, however, he returns on Fight Island.

Despite the clear experience advantage being with Ricardo Ramos, Murphy should take this one. He was frustrated with his previous performance and he won’t want to feel that again. Murphy probably takes it by unanimous decision, with the extra weight benefitting his durability. Saying that, Murphy has a lot of power so could finish it on the feet.

The sweetheart of UK MMA, Molly McCann makes her fifth UFC appearance on Fight Island. Having had a debut to forget (missing weight and getting choked out cold in her home city), she has been flawless in the octagon thus far. Picking up three straight victories, all by unanimous decision, McCann is ranked #15 at flyweight. She has solid boxing but also has a strong wrestling game, which we saw in her dominant victory against Ariane Lipski.

McCann will stand across the octagon against Talia Santos. The 15-1 Brazillian will be looking to rebound from her first professional loss. In February of last year, Santos lost a split decision to Mara Romero Borella. Since then she has had three fights cancelled so will certainly be raring to go.

This will certainly be one of the toughest tests of Molly McCann’s career. She has been a lot more active than Santos, who has only fought three times in five years. Will this play a part? I’m not so sure. Unfortunately for UK MMA fans, Santos may take this one by decision. Don’t be surprised, however, to see McCann turn up again and claim the victory.

Here comes the fight of the night. Jared Gordon takes on Chris Fishgold in a featherweight main card bout. Fishgold made his UFC debut on the back of seven straight victories. His UFC debut came against Calvin Kattar, so the UFC were clearly believing in his ability. Unfortunately for Fishgold, he got a rude welcome, being finished by Kattar, despite impressing. Since then, he is 1-1, submitting Daniel Teymur before being finished by Makwan Amirkhani. The former CageWarriors lightweight champion certainly has skills, holding an 18-3-1 professional record.

His opponent, Gordon is well known to UFC fans. Although his UFC record is 3-3, he’s faced stiff competition. He holds losses to both Carlos Diego Ferreira and most recently Charles Oliveria, both at lightweight. He returns at 145lbs on Fight Island and will be looking to hand Fishgold back-to-back losses for the first time in his career.

Fishgold certainly has his back up against the wall in this one. He has largely been unimpressive throughout his UFC career so will be looking to put on a show. His superior cardio will likely be the equaliser here, being able to put a pace on Gordon and get the victory. I’ll call it early, Fishgold by round three submission.