Pedro Munhoz Tests Positive for COVID-19, Out of July 15 Fight 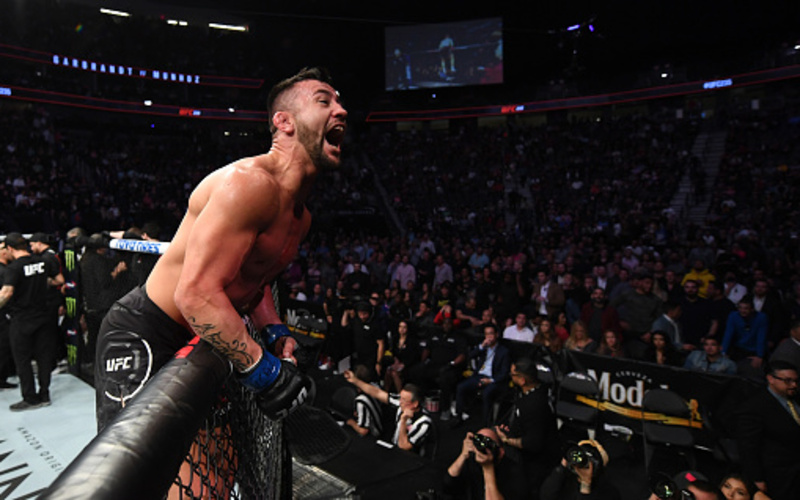 Pedro Munhoz has tested positive for COVID-19 and will be unable to compete against Frankie Edgar in the co-main event on July 15 at Fight Island. Ariel Helwani was the first to report the news.

Pedro Munhoz Out of July 15 Fight Versus Frankie Edgar

Munhoz is the latest in a line of fighters that have had to pull out of a fight due to the coronavirus pandemic. This list includes Jacare Souza, Matt Frevola, Gilbert Burns, and now Munhoz. The two former had cornermen test positive, while the latter two tested positive themselves. Souza and Frevola’s opponents did not get the opportunity to fight as scheduled, but Burns’s opponent, Kamaru Usman, will now be facing Jorge Masvidal in the welterweight title serving as the UFC 251 main event on Saturday night. The UFC is now working on finding an opponent for Edgar to step up on short notice.

Update: I’m told the UFC is in fact trying to find a replacement for Edgar. Obviously there are hurdles with the travel and testing but that is the current plan, so perhaps he finally gets to make his 135 debut after all.

Both Ricky Simon and Marlon Vera have thrown their names into consideration for the fight via Twitter. Options like Cody Garbrandt and Sean O’Malley being tossed around by fans. Another potential option is to promote either Jack Shore or Aaron Phillips, who are currently scheduled to face each other in the event’s prelims.

I’m on Fight Island and ready to go. https://t.co/mmlbkc8Je2