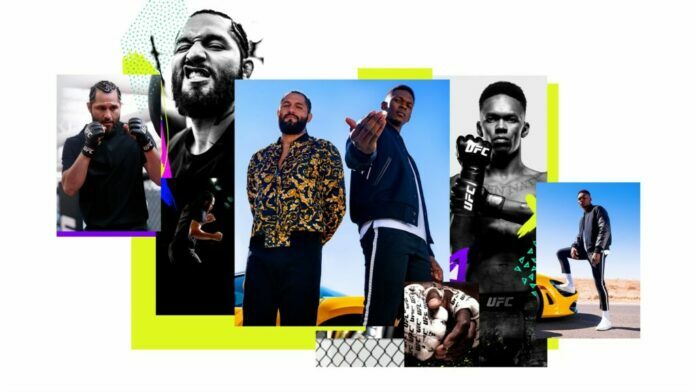 Video game goliath EA’s popular UFC series of MMA sports games has recently had a beta published on the Microsoft store. The storefront page shows what appears to be a prototype cover for the next entry in the series, EA Sports UFC 4. The cover features UFC middleweight champion Israel Adesanya alongside UFC welterweight contender Jorge Masvidal.

The first entry in the series, released in 2014 featured Jon Jones and Alexander Gustafsson as cover fighters. The second, released in 2016 featured Conor McGregor and Ronda Rousey. In 2018, the third was released, featuring McGregor alone on the cover.

Adesanya is a former title contender in GLORY Kickboxing. After transitioning to MMA to 2012 the outspoken New Zealander has been undefeated, knocking out then-middleweight champion Robert Whittaker at UFC 243 to claim gold. “The Last Stylebender” recently defended his title against contender Yoel Romero at UFC 248, winning by unanimous decision. No current fights for Adesanya have been booked although some rumours peg him as being part of the next season of The Ultimate Fighter, pitted against middleweight contender Paulo Costa.

Masvidal rose to prominence last year with a stunning five-second knockout win over the undefeated Ben Askren. The Miami native has had a long career in combat sports, initially participating in the Florida unsanctioned bare-knuckle match scene as a youth. Masvidal transitioned to MMA in 2003.

Masvidal would spend long stints at first lightweight and then move to welterweight. “Gamebred” went through a career resurrection with his knockout victories over Darren Till and Askren.  This was followed by fighting for the novelty “BMF” title at UFC 244, where he defeated Nate Diaz. After fellow welterweight contender Gilbert Burns tested positive for COVID-19, Masvidal has stepped in to fight champion Kamaru Usman. The fight will take place at UFC 251 at UFC Fight Island in Abu Dhabi on July 12th.