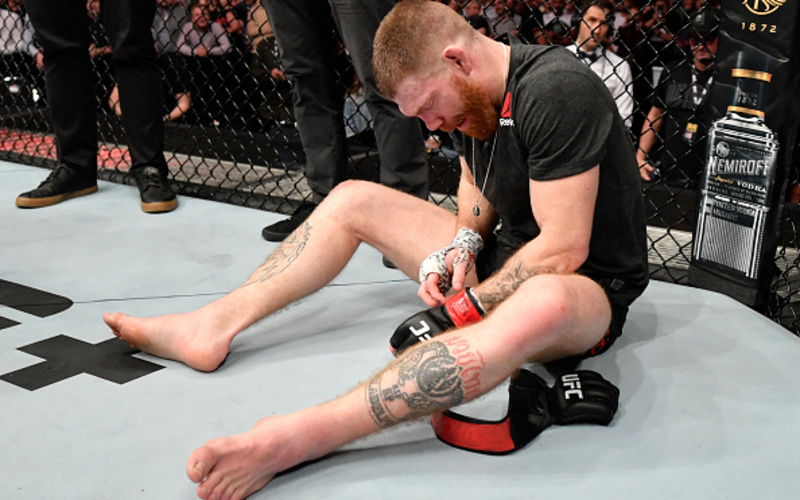 UFC commentator and former lightweight fighter Paul Felder was in the wrong place at the wrong time.

The 35-year-old was expected to be a part of the UFC ‘Fight Island’ commentary team for all four events, however, that is no longer the case.

During an episode of Believe You Me podcast, Michael Bisping stated that Din Thomas had tested positive for COVID-19 and unfortunately for Felder, he sat next to Thomas on the flight to Fight Island.

“I do know this. Paul Felder, poor guy, he was sat next to Din Thomas on the flight. So, he passed his test, but they’re erring on the side of caution. I think he’s going to be quarantined for 14 f**king days.

“I get his work,” Bisping joked. “I get to stay here a little bit longer now, commentating. I’m sorry, Paul, but I’m not that sorry cause I will be taking your cash, baby boy.”

Paul Felder off Contender Series commentary because he sat next to Din Thomas who tested positive.

Get ready for a higher rate of “He’s hurt” and over exaggerated shrieks of excitement for the DWCS fights. I do like Bisping w/ the prospect fights though, he seems more interested pic.twitter.com/ty1aqoEtvP

Testing has been rampant and a number of positive tests have come back. Along with American Top Team’s Thomas and Brown, fellow ATT fighter Pedro Munhoz was also pulled from his scheduled July 15 fight with Frankie Edgar.