The UFC touched down in Yas Island, Abu Dhabi on Saturday for their first edition of Fight Island. UFC 251 included three title fights, one of them being a rematch between featherweight champion Alexander Volkanovski and former champion Max Holloway. Volkanovski successfully defended his title for the first time as he defeated Holloway by split decision after a close fight. The following morning, featherweight contender, the Korean Zombie voiced his opinion on Instagram, calling for a shot at Volkanovski.

“To be honest, it is shameful that Volkanovski is a champion of my weight class,” wrote Zombie. He continued, saying that there would be no need for judges if he ever faced Volkanovksi. “As you know, I won’t let the judges decided the result of my fight. I will finish him at the title match and that is what UFC fans want to watch.”

I am responding to yesterday’s title match against Volkanovski and Halloway. To be honest, it is shameful that Volkanovski is a champion of my weight class. Give him to me then you don’t need to worry about the judges decision. As you know, I won't let the judges decide the result of my fight. I will finish him at the title match and that is what UFC fans want to watch. @danawhite @ufc @espnmma @mmamania

For the past several months, there has been speculation of a possible fight between Zombie and former title challenger Brian Ortega. The two were once booked to headline UFC Fight Night 165 in South Korea but Ortega was forced out with an injury. Stepping in to replace him was former UFC lightweight champion Frankie Edgar. Zombie won his second straight fight that night, defeating Edgar by TKO in the first round. Prior to defeating Edgar, he had earned another first-round TKO victory. This one came against Renato Moicano in their main event slot at UFC Fight Night 154. These wins could make a strong case for a title shot, but what about the rest of the 145-pound division?

The Rest of the Division

When taking a look at the top of the featherweight division, there are a couple of names that could make a case for Volkanovski next. Sitting at number two is Russia‘s Zabit Magomedsharipov who is currently riding a six-fight UFC win streak. He has recently defeated top-ranked fighters such as Jeremy Stephens and Calvin Kattar. However many wonder if he is ready for a title shot as he has not fought a full five rounds yet. He is also currently scheduled to take on Yair Rodriguez at UFC Fight Night 176 in August.

The only other names sitting in front of Zombie are Max Holloway and Brian Ortega. The UFC could still be looking at booking a match up between Ortega and Zombie. But nearly eight months after they were originally booked, there have been no new reports of that fight being made. But the two have still been in each other’s crosshairs this entire time. Back at UFC 248 in March, video surfaced, courtesy of TMZ Sports, of an altercation between Ortega and a close friend of Zombie’s, Korean singer Jay Park in which Ortega slapped Park. He has since apologized for the incident and has called for Zombie to sign the contract for their fight.

What’s Next for the Korean Zombie?

Zombie’s coach Eric Albarricin has stated that Zombie would like to get revenge on Ortega for the incident. He believes the animosity between the two could sell the fight and make it entertaining. Albarricin also went on to say that if Zombie were to not fight Ortega, “we got Volkanovski figured out.” If Zombie were to take on Ortega, a win would instantly grant him a shot at the belt, but his team also feels he could get the shot without another win. Zombie seems to already be sparking a new rivalry with Volkanovski while he and Ortega still go back and forth. In the next few months, it will be interesting to see what happens with the featherweight division. Whether that means a number one contender fight between Ortega and Zombie, or Zombie jumping straight into a title shot. 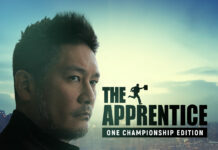 ONE Athletes Join Apprentice ONE Edition 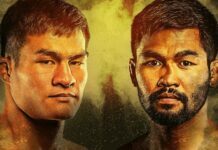 ONE: No Surrender II Recap