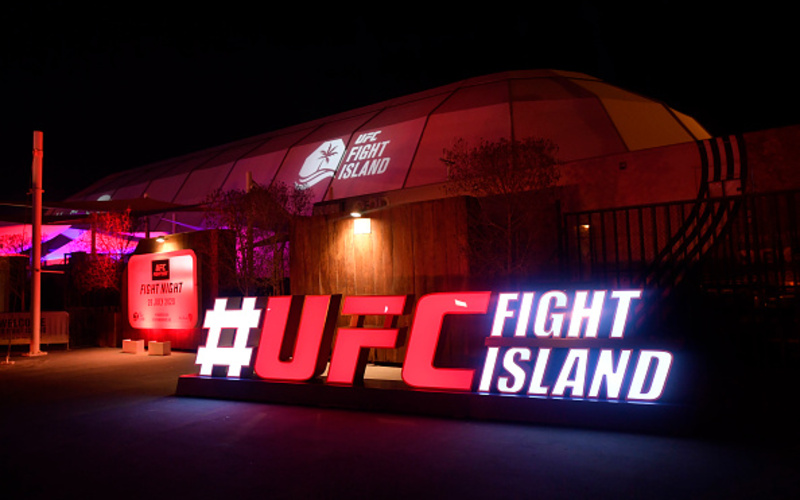 UF-Sea t-shirts are being sold by the UFC and the proceeds from these sales are going towards a charitable cause. While the name evokes curiosity, the story behind the t-shirts and how they came to be is quite entertaining.

The UFC hosted the first event on Yas Island, more popularly known as Fight Island, on July 11. While Kamaru Usman and Jorge Masvidal fought each other in the main event, some back and forth went on away from the octagon. The intent behind hosting the fights on an island was to allow foreign fighters to compete as they couldn’t enter the United States on account of the Coronavirus. The UFC was early to return to action. Not everyone was a fan of the decision. Comedian John Oliver was one of those people.

In an episode of his show, Oliver criticised the UFC over its actions. He states that the UFC lacked imagination for calling the island “Fight Island.” Oliver stated that while it was not a clever name, it was a befitting name since “it’s the first thought an idiot would have if they wanted to name a private island where fights would happen”.  Oliver then went on to state that he thought UF-Sea was a more fitting name.

In response, the UFC filed a trademark over the name “UF-Sea”. Soon after the trademark was filed, the UFC started printing and selling shirts branded UF-Sea.  White also revealed recently that the UFC store had sold more merchandise in 2020 than it had in 2019.  It is not clear how much the UF-Sea shirts contributed to that.

However, Dana White recently revealed that he is in fact donating all proceeds to charity. In fact, it would one of John Oliver’s charities, namely the Bob Woodruff Foundation which supports veterans.