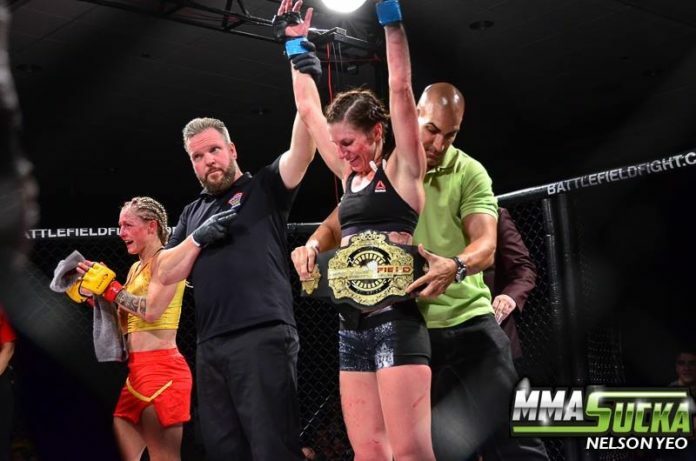 Squamish, British Columbia will be invading Las Vegas on October 6 for Dana White’s Contender Series, as Canadian Jamey-Lyn Horth gets a crack at a UFC contract.

News of the women’s flyweight making the Contender Series was dropped on Wednesday from the Iridium Sports Agency Instagram account.

Wessels (4-0) is undefeated in her professional career. She’s fought three of her four bouts under British Columbia’s Battlefield Fight League banner. Her lone appearance outside of B.C. came against Corinne Laframboise at TKO 48 in Quebec. The Sound MMA product earned a third-round rear-naked choke stoppage. Most recently, Wessels won the inaugural BFL women’s flyweight championship with a decisive body-kick TKO against Jade Masson-Wong at BFL 65 in February.

MMAJunkie.com has confirmed one other women’s flyweight, Australia’s Chelsea Hackett and she is also set to compete on the October 6 fight card.

Season 4 of Dana White’s Contender Series is expected to begin on August 4 at the UFC Apex in Las Vegas, Nevada. The season is expected to run for 10 episodes, with the season concluding on October 6.