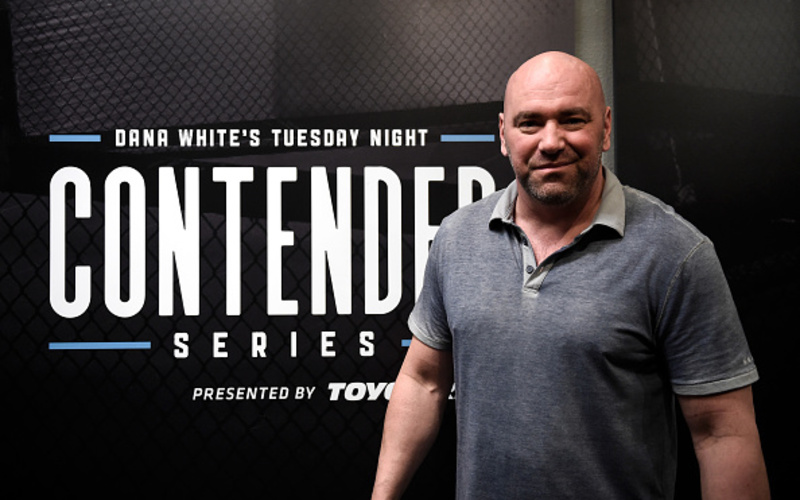 The southeastern part of the united states is filled with talent when it comes to MMA. There are big promotions such as Island Fights, NFC, and Titan FC. Today we will be taking a look at some southeastern fighters that should be getting the call for Dana White’s Contender Series.

Jared Gooden seems like the most obvious choice on this list. Gooden is a pro fighter fighting out of X3 Sports in Atlanta, GA. He is currently 17-4 in his pro career and is riding a three-fight win streak. Winning his last fight by TKO against Trent McCown in the main event of Titan FC 62. 13 out of his 17 wins are finishes and he has seven wins via TKO or knockout. Gooden has only been finished once via TKO by Bruno Oliveira back in June of 2019. Gooden also has wins over Jay Jackson, Marcel Stamps, and Steven Newell. He is also a 6’4″ welterweight which should make for some exciting matchups at the UFC level.

Jared Scoggins is a mixed martial artist that trains out of Revolution Martial Arts in Spartanburg, SC. He holds a pro-MMA record of 9-1. Scoggins is currently on a four-fight winning streak. Although his last fight was in September of 2018. He was booked to fight UFC newcomer Brandon Royval in November of 2019 but that fight ended up being canceled. He posted on his Facebook on July 3rd that he and his agent had fight news on the way so he could be booked to fight soon. With that being said if he wins that fight he should be strongly considered for a contender series spot later in the year.

Dillon Cleckler is 10-1 fighting out of Pensacola, FL. His last fight was on July 24th and was a TKO win over Frank Tate at BKFC 11. Prior to that, he was on a two-fight winning streak over Jordan Mitchell and Nkemdirim Oti. Cleckler’s one loss was to Alex Nicholson via TKO back in 2015. Cleckler may be the hardest reach on this list because he is 38 years old. Dana White doesn’t normally go after guys in their high 30s early 40s. It’s not something that is unheard of though which is why we think Cleckler might have a shot. Cleckler has a 100% finish rate with nine of those ten wins coming by TKO or knockout. He is ranked number eight in the southeastern part of the united states for heavyweights.

Who are some fighters from the southeast that you want to see on the contender series? Let us know in the comments down below.