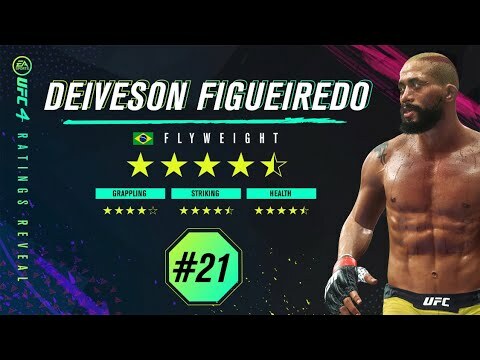 The fighters revealed so far are those ranked #30-21 in terms of overall ability out of the entire roster. For the previous fighters, ranked #40-31, please click this link.

The thirtieth ranked fighter is Glover Teixeira. The Brazilian light-heavyweight is a veteran of his division and a former title challenger. He recently emerged victorious with a TKO victory over fellow title challenger Anthony Smith at UFC Fight Night 171.

The twenty-ninth ranked fighter is Robert Whittaker. The Australian former middleweight champion recently achieved a close decision victory over Darren Till at UFC on ESPN 14.

The twenty-eighth ranked fighter is Tyron Woodley. The American former welterweight champion was recently defeated in a dominant decision loss by Gilbert Burns at UFC on ESPN 9.

The twenty-seventh ranked fighter is Jose Aldo. The Brazilian former featherweight champion in both the WEC and UFC who was undefeated at 145 lbs for nearly a decade recently made a title run at bantamweight for the vacant title, where he lost to Petr Yan at UFC 251.

The twenty-fourth ranked fighter is Tony Ferguson. The American former UFC lightweight interim champion went on a twelve-fight undefeated streak which included three Performance of the Night and six Fight of the Night bonuses awarded. At UFC 249, Justin Gaethje put an end to that streak.

The twenty-third ranked fighter is Cris “Cyborg” Justino. The Brazilian former UFC women’s featherweight champion has also held belts in Strikeforce, Invicta and Bellator. Justino left the UFC in 2019, and her most recent fight was a TKO victory over Julia Budd at Bellator 238.

The twenty-second ranked fighter is Francis Ngannou. The hard-hitting Cameroonian heavyweight is a former UFC title challenger. Ngannou comes off a twenty-second KO victory over the previously undefeated Jairzinho Rozenstruik at UFC 249.

The twenty-first ranked fighter is Deiveson Figueiredo. Figueiredo is the current UFC flyweight champion. Figueiredo comes off of a brutal technical submission victory over Joseph Benavidez at UFC Fight Night 172. 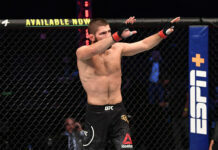 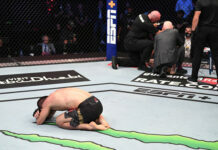