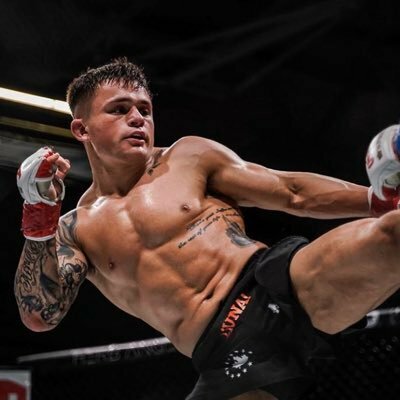 On this week’s podcast, we interviewed rising young prospect TJ “The Truth” Laramie. Laramie is 22 years old and is fighting out of Windsor, in Ontario Canada. TJ Laramie has a professional MMA record of 11-3-0. He is currently on a 3 fight win streak. He’s hoping to make it a four in a row on Dana White’s Contender Series August 11, 2020. “The Truth” will be in a featherweight bout against another rising prospect named Daniel Swain who is currently on a 2 fight win streak. Here is some of the interview with Laramie below.

On our podcast with guest TJ Laramie, he said, “It’s definitely been a change training throughout corona and I was only able to do certain things back in my hometown”. He told us gyms were closed through a majority of his camp, but he made it work.

After asking Laramie how he sees his fight with Daniel Swain playing out, his response was simple. “I feel like I’m at another level and I don’t feel like he presents many dangers that I haven’t seen before. I feel like what he’s good at, I’m just better at”. He went on to say that he presents a skillset he hasn’t seen in the cage, but he doesn’t think he will have a hard time with this fight. Tune in on August 11 to see TJ Laramie vs Daniel Swain live on ESPN+.