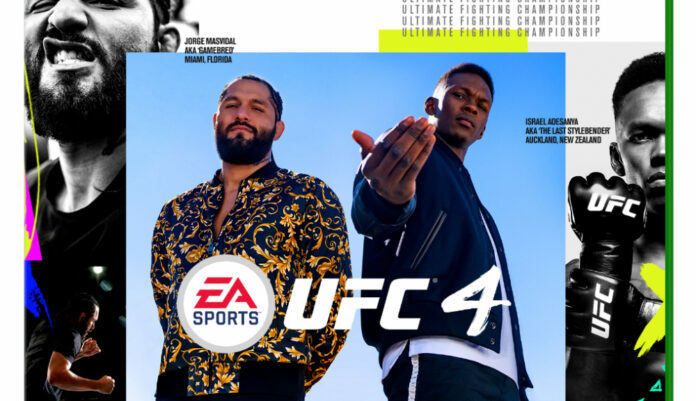 The much anticipated EA UFC 4 has dropped and we’re all very excited. This week the company released the rankings for the top 50 fighters in the game. Only four fighters have gained the elusive five-star rating, Amanda Nunes, Jon Jones, Khabib Nurmagomedov and Valentina Shevchenko. This isn’t the issue, however. There has been a whole host of well known UFC names that have missed out on the game and many included who arguably shouldn’t be. We take a look at some of these in more detail.

Fighters who Missed out in EA UFC 4

Now, we understand that EA cannot create the entire roster for UFC 4, but there have been some glaring omissions. Although there are a number of well-known fighters who have missed out, we will pick just a few of the ranked fighters to highlight the ‘lazy’ work done by EA for UFC 4.

#5, Nina Ansaroff, #9, Marina Rodriguez and #12 Amanda Ribas (someone the UFC seem to be pushing).

There are obviously more men who have missed out than women, mainly due to there being a number of more weight classes. In light of this, there are some huge omissions that have frustrated players.

Askar Askarov, Rogerio Bontorin, Marlon Vera, Kai Kara France and Merab Dvalishvili were all left out of EA UFC 4 but were outside chances of getting in the game.

The biggest names to not get a character in UFC 4 include Calvin Kattar, Shane Burgos, Cody Stamann, Dan Ige, Carlos Diego Ferreira, Gregor Gillespie, Drew Dober, Islam Makhachev, Geoff Neal, Vicente Luque and Aleksandar Rakic. These are all highly ranked fighters, of which a number could be in title contention soon that you won’t be able to play with on EA UFC 4.

We’ve highlighted those who we think should have gotten a playable character on EA UFC 4. Now we look at those who have a character who arguably shouldn’t. We’ll gloss over the ‘legends’ of the game, as they’re always fun to play with further down the game. On top of that, you’ve got Tyson Fury and Anthony Joshua as unlockable characters if you pre-order the game. It is what it is, strange but there you go.

We’ve got Jessica Penne, who has competed just three times since 2015 and not since 2017 as a playable character as well as Felice Herrig, who has been out of action since 2018.

Cris Cyborg returns at bantamweight (where she has never competed) as well as the inclusion of former champions Meisha Tate and Ronda Rousey (none of which have competed since 2016 and are both clearly retired).

The recently retired Joe Duffy returns (I know) as does Alan Jouban. CM Punk is in the game, the less said about that the better. Bellator‘s Erik Silva, who has had three fights for other promotions since leaving the UFC is in the ‘new’ game. The retired Johny Hendricks and (weirdly) a welterweight Tony Ferguson are playable characters.

Finally, we have Anthony Johnson, Jimi Manuwa, Bellator’s Lyoto Machida and Gokhan Saki all at 205lbs.

Will we all still by the game? Yes, most probably because we’re all passionate fans of the UFC and UFC 4 is certainly exciting.

I can come to terms with the fighters fighting in strange weight classes because for the creators it is easy to include them in an alternative weight category. No new characters have to be made as the blueprints are already there.

What is frustrating is the seemingly ‘lazy’ inclusions of fighters from EA UFC 3 which they have just copied across onto the ‘new’ game. There is no way CM Punk, Gokhan Saki, Erik Silva or Jessica Penne should be anywhere near the game. Especially when they have left out names including Calvin Kattar, Jennifer Maia and Vicente Luque.

Keep it locked to MMASucka for breakdowns of the new EA UFC 4 once the game officially drops.