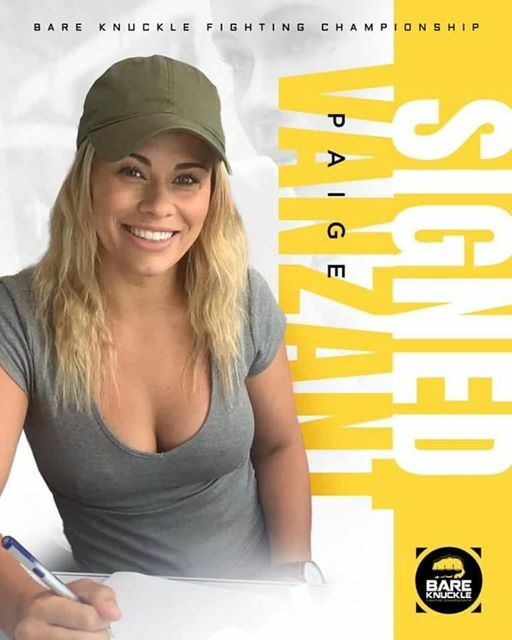 The rumor mill was swirling about where veteran Paige VanZant would land next. VanZant’s UFC contract expired in July and it was up in the air as to what promotion she would sign with.

A number of MMA promotions would noted, however it was ultimately Bare Knuckle FC that got the deal done.

The news was first reported by ESPN.

“I feel like I still have this stigma in MMA that I’m just a pretty face, and what a way to prove to be people that’s not the way I see myself at all,” VanZant told ESPN.

“This is a massive move for BKFC to sign Paige,” Bare Knuckle FC CEO David Feldman said in a statement. “She’s long been one of the most popular fighters in combat sports, and her striking abilities will ensure our fans will see the very best of her in the squared circle. We’re thrilled to get started working with her and her manager, Malki Kawa from First Round Management, on taking her career to the next level.”

The women’s champ of Bare Knuckle FC is Bec Rawlings who has a past with VanZant. In 2016, PVZ knocked her out at UFC on FOX 21.

VanZant fought nine times under the UFC banner and held a 5-4 record. Most recently, PVZ lost to Amanda Ribas at UFC 251 via first round armbar.