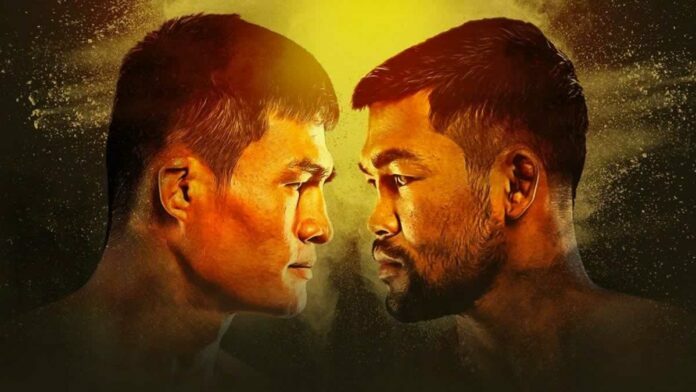 ONE Championship is back for ONE: No Surrender II in Bangkok on August 14, and the six-bout card will give martial arts fans around the globe plenty to be excited about.

Curious about that main event? And the additional storylines you should be paying attention to on Friday? Well, here they are in your ONE: No Surrender II preview.

When ONE announced a four-man bantamweight Muay Thai tournament, the main event of ONE: No Surrender II immediately gained huge stakes. Saemapetch Fairtex and Rodlek PK.Saenchaimuaythaigym have a golden opportunity and a clear path to Nong-O Gaiyanghadao’s championship gold.

Furthermore, this isn’t a new matchup for either man. While it will be the first time they meet under the bright lights of ONE, Saemapetch and Rodlek have met three prior times in Thailand. Rodlek holds the series edge at 2-1, but in the years since their last meeting, Saemapetch has shown tremendous growth.

The path toward the ONE Bantamweight Muay Thai World Championship is not easy, but this is the first step.

Can Saemapetch even the series and advance? Or does Rodlek still have his number? Those questions will be answered on Friday, and the winner stamps their ticket to the finals and stands one bout away from a shot at glory.

In the co-main event, Leo Pinto and Mehdi “Diamond Heart” Zatout square off in the hopes of breaking through into the top five of the bantamweight rankings.

Pinto, the first foreign Lumpinee Stadium Best Fighter of the Year, debuted in ONE Super Series action earlier in 2020 against Zatout’s pupil, Adam Noi. He found himself on the losing end of a decision, but now gets a shot at redemption.

Zatout was last seen on that same card, ONE: A New Tomorrow while having a different result. He narrowly edged Han Zi Zao by split decision.

While neither athlete is currently in the top five, a dominant showing or impressive finish could lift them into the spotlight. Zatout would have two quick wins in 2020, or Pinto could reclaim the steam he had when making his debut. Both men have a lot on the line as they chase ONE Bantamweight Kickboxing World Champion Alaverdi Ramazanov.

Getting Back in the Win Column

Pongsiri Mitsatit and Akihiro Fujisawa will compete in the second of two mixed martial arts contests at ONE: No Surrender II. The two athletes have their backs against the wall, which should prove to give fans a thrilling contest to watch.

They are each entering on a three-bout skid after having earlier career success. This matchup will ensure one gets back in the win column and regains confidence in their skills.

And it should be a barnburner. Mitsatit posts a 90% finishing rate while Fujisawa has finished all five of his professional bouts. They always look for the finish.

This bout is pivotal for their careers as they seek to right the ship of their respective careers. The situation they find themselves in also provides fans with a storyline to become engaged with as they should throw caution to the wind and put on a show.