Anderson Silva vs Anthony Pettis in a Super Fight 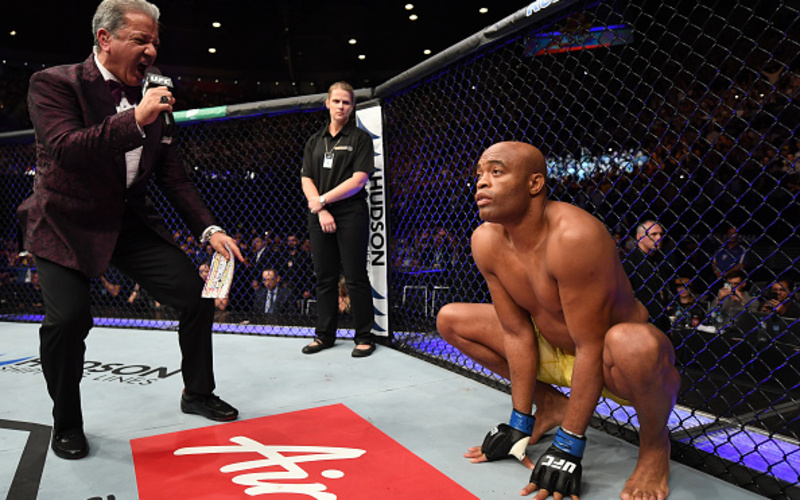 Anderson Silva is one of the greatest combat sports athletes of all time. Even today Joe Rogan regularly declares him to be the greatest while he was in his prime. But “The Spider” has been on a losing skid for a while. A look at his record shows that since 2013, Silva has won a lone fight. A decision which came against Derek Brunson.

Anderson Silva recently revealed that he went through two surgeries. After these, he has started training for another UFC fight. Silva aims his return either at the end of 2020 or early 2021.

Silva stated that the UFC owes him a super fight by contract. In fact, he got a callout from Conor McGregor in early 2019, following a decision loss against current middleweight champion Israel Adesanya.

Silva also revealed that the two teams had spoken and had agreed to a welterweight bout. However, the UFC decided to move in a different direction.

Silva is waiting on the UFC to confirm his next opponent. He expects that it will be Anthony Pettis. Pettis called out the Brazilian legend. Silva is inclined to accept the fight for multiple reasons: (1) Anthony Pettis is a former champion; (2) he has one of the most exciting highlight reels in the game; (3) he’s a veteran of the game like Silva.

“At this point of my career and for all my legacy it doesn’t make any sense to face new talents that are entering the game now,” said Silva. “I don’t want to be a ‘step’ for the new generation. I want to face relevant champions for the sport. And definitely Pettis is a great challenge that will make me train a lot.”

It’s an intriguing match-up to say the least. Silva said that the bout with Pettis would take place at middleweight should it occur. This will be the fourth weight class that Pettis has fought in. That’s a remarkable feat in itself.

And for Silva, a win over Pettis would be an excellent way to close an illustrious career.