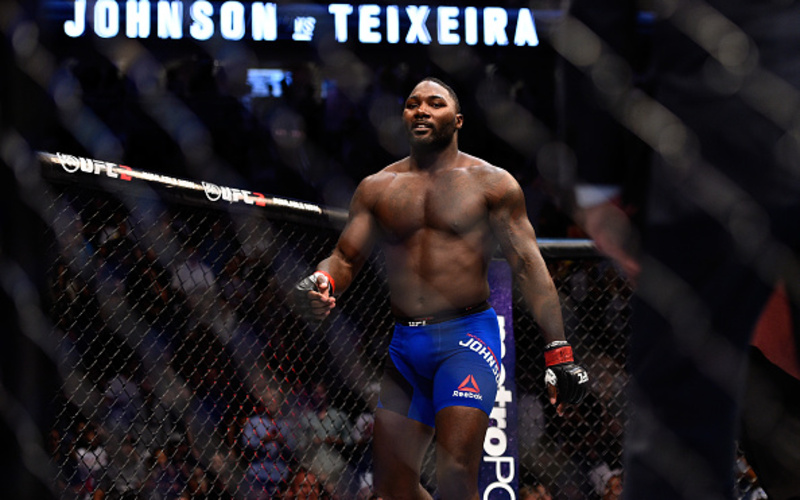 One of the hardest hitters in the game, Anthony ‘Rumble’ Johnson is set for his UFC return. He will re-enter the USADA testing pool, Johnson is looking to make a comeback, having retired in 2017. We hinted back in May that Anthony Johnson was likely to return and it looks like we were right.

With a record of 22-6, with 16 knockouts, Rumble is one of the scariest men to ever enter the octagon. Having fought as low as welterweight (yes, we have no idea how he got there either), Johnson looks to be returning at light heavyweight, despite suggestions he might make a run at heavyweight.

Breaking: Anthony Johnson (@Anthony_Rumble) will re-enter the UFC’s mandatory drug testing program this week in anticipation of a comeback, per his manager Ali Abdelaziz (@AliAbdelaziz00). Right now, the plan is to come back as a light heavyweight. pic.twitter.com/5sclYSSaUF

Having re-signed for the UFC in 2014, Anthony Johnson holds a record of 6-2, having only lost to Daniel Cormier in two title fights. On this run, he knocked out Antonio Nogueira, Alexander Gustaffson, Jimi Manuwa, Ryan Bader and Glover Texeira. Each of these victories also saw him pick up a post-fight bonus.

Still one of the scariest guys in the division, Anthony Johnson can certainly make a title run in his return. Especially with the division up in the air due to Jon Jones‘ relinquishing of the belt.

With stand-up ability rivalling anyone’s at 205lbs, if Johnson can work on his ground game he’s going to dominate. Five of his six career losses have come via submission, all via rear-naked choke. He looked massively outclassed against DC in their rematch on the ground and it is certainly something that needs addressing. He has been competing in Jiu-Jitsu tournaments, including Quintet Ultra back in December of last year, so hopefully, this shows good signs.

As his most recent fight was for the title, Anthony Johnson will likely jump straight into a big fight. With plenty of new blood at 205lbs, Johnson can have his pick. Dominick Reyes, Thiago Santos, Anthony Smith and Jan Blachowicz have all become top contenders since Johnson’s retirement.

The fight to make, however, could well be Anthony Johnson vs Jiri Prochazka. Prochazka burst onto the scene at UFC 251, knocking out former title challenger Volkan Oezdemir. In what would guarantee fireworks, this one would be a test for both men.