The Locks of Nick Maximov 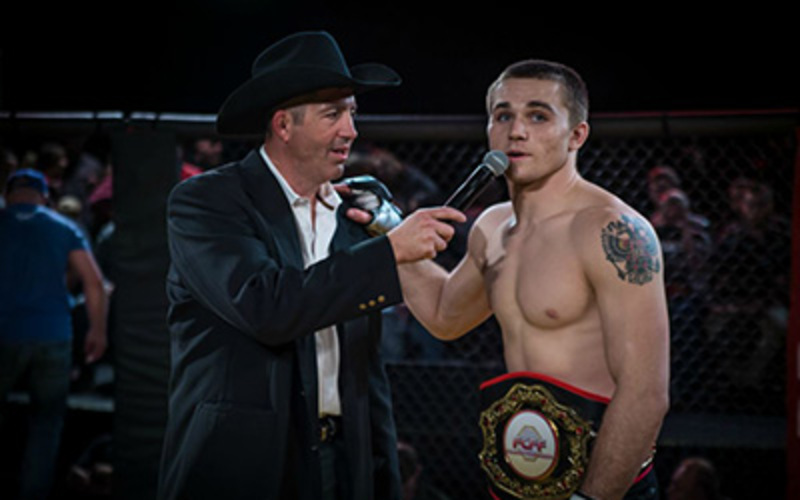 To many aspiring prospects, COVID-19 and the subsequent lockdown in many countries all over the globe marked at best a hiatus if not an outright derailment of their careers. But one man who has not only survived but thrived in 2020 is Nick Maximov. A promising light-heavyweight prospect out of the Nick Diaz Academy, Maximov has spent the past few years swept through the regional scene in MMA, finishing all four of his pro matches. Even more encouraging, Maximov has been performing competitively in no-gi professional grappling competitions, assuring us that his ground game is legitimate and not just a product of looking good against regional competition.

Maximov has, in 2020 alone, competed at Chael Sonnen’s Submission Underground events three times. This high work rate has proven an effective way of keeping his name in the public limelight.

As for Maximov’s skillset, he has shown proficiency with the triangle in multiple ways. From mount, it is a tool he uses both to choke and as a vicious ground and pound position in MMA. While one could argue Maximov could leverage his strengths better by focusing on attrition over sometimes going for more aggressive submissions like he seems to prefer, it’s hard to argue with his finishing rate. The 22-year-old is also adept at the triangle from guard. Matched against Bryan Brown in Combat Jiu-Jitsu rules, Maximov controlled the majority of the fight from mount and back control. When Brown finally seemed to be turning things around by breaking back control and turning into Maximov’s guard he was immediately caught in a tight triangle.

There are, of course, two big questions when it comes to any vaunted grappling prospect in MMA. The first is if they are a strong top player, how good is their takedown game? While Diaz was never really known for that aspect of his game, Maximov had a respectable wrestling career, rising as high as National Junior College All-American before transitioning into MMA and jiu-jitsu. One of the most famous of the Diaz brothers’ other associates, Kron Gracie, often found himself pulling guard against Cub Swanson in a vain attempt to bring the fight to the ground. Maximov appears to have the ingredients necessary to develop a far more effective MMA takedown game.

The second is of course, how good is Maximov’s striking? It’s hard to tell at this juncture with still a relatively weak level of competition. The Diaz brothers themselves had feared if flawed striking. Excellent combinations and clinch work were undermined by poor footwork. But Kron Gracie’s striking seemed limited to using a static high guard to protect his head. Gracie seemed to effortlessly absorb all of Swanson’s punches at his exposed body. But such simple tactics lost him the decision. There’s nothing stopping Maximov from developing more sophisticated striking. But it is absolutely a necessity if he wants to make it to the top.

Most promising of all is the possibility of Maximov bringing a new school leglock game to MMA. While he conceded a leglock loss to Joe Baize at SUG 13, he used his own attempt to sweep Adam Fugitt at SUG 14, eventually using it to herd Fugitt directly into a guillotine. At SUG 16 Maximov would go on to get an achilles lock victory over Colton Vaughn. Submissions from the bottom have become less and less of a viable tool in MMA. But leglocks remain a notable exception to this trend. Maximov’s seemingly increasing proficiency with leglocks might turn out to be the most dangerous weapon he could possibly have in MMA.

This Friday, we’ll all have a chance to see as he makes his promotional debut against Tresean Gore at LFA 88.