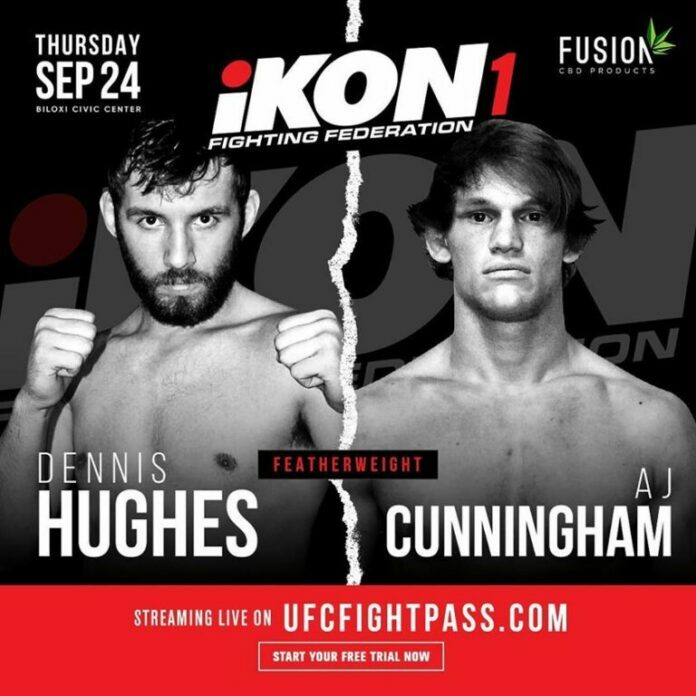 iKON Fighting Federation is a brand new MMA promotion that was started by the owner of Roy Jones Jr Boxing Promotions, Keith Veltre. iKON’s headquarters is in Las Vegas, Nevada. The promotion is going to be putting together pro boxing, pro-MMA, and amateur MMA fights. Veltre signed a deal for iKON to be broadcasted on UFC fight pass. While also coming to terms with the Eldorado group. Securing 70 casinos throughout the US to potentially host events.

Veltre recruited some big names to come and help him with iKON. Dean Toole, CEO of Island Fights will be iKON’s matchmaker. They will also be bringing along Ian Valencia and Devin Adams to help with recruiting and fighter accommodations. Christopher Rothstein will also be joining iKON as their ring announcer. Although iKON is still in the beginning stages, Veltre also disclosed to MMASucka that TJ De Santis will be on the broadcast team.

iKON’s first event will be September 24th and will be called iKON 1. SD Dumas has announced on his social media that he will be making his pro debut on the card. iKON has only officially announced one fight for this card and that fight is Dennis Hughes (3-1) taking on AJ Cunningham (5-1). According to Veltre, more fights will be announced for this card next week. iKON 1 is currently slated to take place in Biloxi, Mississippi at the Biloxi Civic Center. iKON 1 will be held with fans in attendance and will be broadcasted on UFC Fight Pass.

What This Means For Island Fights

With iKON bringing in a ton of guys that build the promotion Island Fights, it makes fans wonder what will happen with the Pensacola MMA promotion. Island Fights has announced that they will still be working to put on as many amateur events as they can. As well as pro events because they are still signed under UFC Fight Pass. Island Fights have not yet announced when their next card will be. With their last card, Island Fights 63, taking place on August 8th.

Make sure to tune into UFC Fight Pass on September 24th to catch the primer of iKON Fighting Federation.