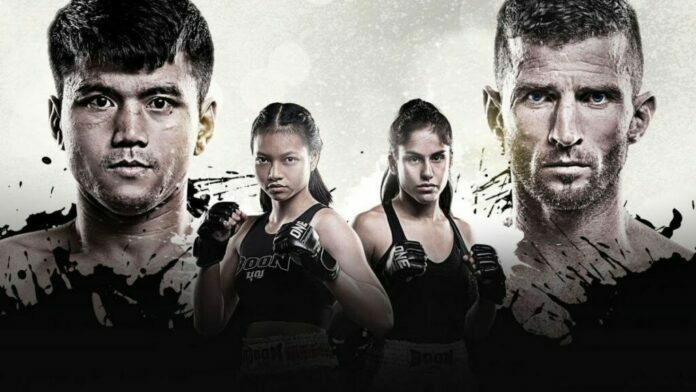 On September 11, ONE Championship will present ONE: A New Breed II to the world.

Clancy will be making his organizational debut while Pongsiri will be moving down from featherweight for the bout. Pongsiri will have the edge in experience with a professional record of 153-33-11 against Clancy’s 43-20-1 record.

However, Clancy is coming off a remarkable 2019 campaign that saw him become the WBC Muay Thai Fighter Of The Year.

Three of the six bouts will be mixed martial arts affairs, including two in the lightweight division.

Opening the evening’s event in the lightweight division will be Abu Muslim Alikhanov vs. Pascal Jaskiewiez and Witchayakorn Niamthanom vs. Khalid Friggini. And in a catchweight bout, Prach Buapa meets Brogan Stewart-Ng.

Wondergirl Fairtex made a splash last month in her ONE debut. Now her young sister will have a chance to do the same as Supergirl Jaroonsak Muaythai takes on Argentinian Milagros Lopez in a catchweight Muay Thai contest.

ONE: A NEW BREED II