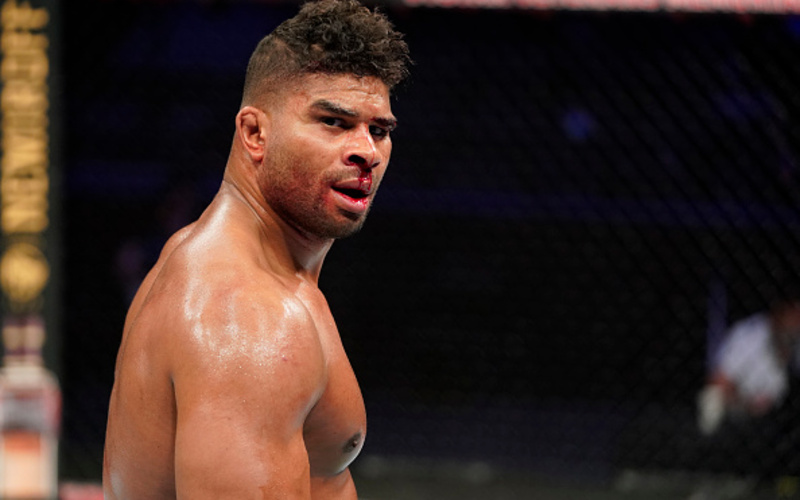 The UFC‘s last event, headlined by Anthony Smith and Aleksandar Rakic, was a bona fide snoozefest. After a no-finish main card, the promotion will look to bounce back with fireworks this weekend. With numerous human highlight’s featuring at the UFC APEX, here are two UFC on ESPN+ 34 betting tips to help you win big in September’s premier event.

Combat sports legend Alistair Overeem (46-18) looks to cement one last title charge against surging Augusto Sakai (15-1-1) in the main event of the evening. “The Reem” has a spectacular striking pedigree and is a former Strikeforce, DREAM, and K-1 kickboxing heavyweight champion.

Overeem has competed once since the pandemic, starring in an impressive comeback victory over Walt Harris. Overeem is very adept on the backfoot, and easily baits his opponents with his frustrating style. As a result of this, “The Demolition Man” is able to use his knockout power to finish even the most elite of opposition with his accurate counterstriking. Overeem combines these talents with a nasty guillotine and a strong ground and pound game, meaning he can bring the fight to Sakai on the feet and the matt.

Sakai has established himself as a knockout artist, with eleven of his fifteen victories coming by finish. Considering the fact that Overeem has been knocked out a whopping fourteen times, recently including brutal contests against Francis Ngannou and Curtis Blaydes, the Brazillian will certainly have a punchers chance against the Dutchman. However, Sakai has never faced anyone near Overeems level, making his opponent’s narrow favorite status excellent value to place a bet on.

After a recent coronavirus diagnosis, Ovince St Preux (24-14) will finally take on Alonzo Menifield (9-1) in the co-main event on Saturday night. St Preux made an unsuccessful heavyweight debut against Ben Rothwell in May of this year but is finally returning back to the division where he made his name.

Alonzo Menifield has every reason to be confident coming into this matchup. With a 100% finish rate, the Texan knows that he has every chance to finish OSP at any point in the fight. However, when delving deeper into his resume, there are no standout names that he has beaten. St Preux represents a significant step up in opponent for the 32-year-old and will certainly test if Menifield has the depth in his striking offense to compete with the elite of the division.

“OSP” has been on nothing short of a slide as of late, losing four of his last six contests inside of the octagon. Despite this, there are plenty of reasons to be optimistic about the veteran’s prospects against the rising star Menifield.  St Preux has two absolutely phenomenal signature moves. The first of which is his left high kick, most famously documented in his knockout of Corey Anderson at UFC 217. However, considering that his opponent is a striker, it is far more likely that his famous Von Flue choke shall be on display.

St Preux is dangerous on the feet and has a more diverse arsenal coming into this bout. Considering the fact he is an underdog, “OSP” is a smart choice to include in these UFC on ESPN+ 34 Betting Tips.