Bellator 245 – The Debut of Cat Zingano 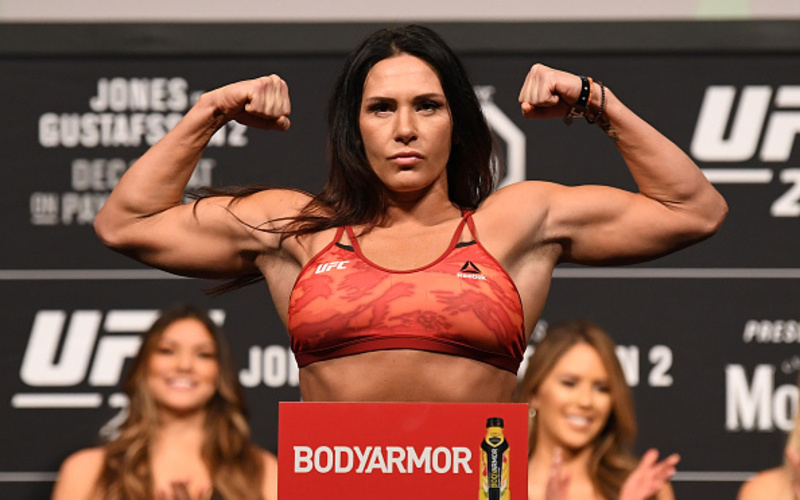 ‘Alpha’ Cat Zingano makes her promotional debut for Bellator this weekend at Bellator 245. Having competed seven times for the UFC, including a title bout against long time champion, Ronda Rousey, Zingano was released in August 2019. She takes on 11 fight veteran, Gabrielle Holloway. This bout will take place at featherweight, only the second time Zingano will have fought at the weight.

Having captured four belts prior to signing with the UFC, Zingano made her debut against women’s MMA pioneer, Meisha Tate. Defeating Tate by TKO, Zingano was matched up with future women’s GOAT, Amanda Nunes. Zingano remains the last woman to defeat Nunes when she TKO’d her at UFC 178.

These two victories led to Zingano gaining a title opportunity against Ronda Rousey in the headliner of UFC 184. Coming into the bout, Zingano was 9-0 and Rousey stood across her at 10-0. Someone’s 0 had to go. Unfortunately for Zingano, it was her 0 that went. In one of the strangest match-ups in UFC title fight history, Zingano rushed across the octagon and attempted a knee. Against the elite Judoka that Rousey is, a simple hip toss lead to Rousey flipping on her head, with Zingano following her over the top.

Within six seconds of the fight starting, Rousey had Zingano’s back and the end was soon to come. Locking up an inverted straight armbar, Rousey handed Zingano her first L in just 14 seconds.

Following the Rousey loss, Zingano took on Juliana Pena at the infamous, UFC 200. The women were certainly showcased on this card. In an instantly forgettable fight, Zingano lost over 15 minutes to the impressive Pena.

Next came a bout against the undefeated, Ketlen Vieira. Arguably hard done by, Zingano dropped a razor-close split decision, leading to her third consecutive loss. Luckily for Zingano, she didn’t take too much damage in this bout, so she was back in the octagon a mere four months after this bout. This was the quickest turn around in her career. She took on long-time top 15 fighter, Marion Reneau. Cat Zingano was able to notch a unanimous decision victory, her first W since 2014.

In the non-existent UFC featherweight division, Zingano took to the scales at 145lbs to face off against Megan Anderson. Anderson was in search of her first UFC win, having dropped her debut to Holly Holm. In yet another strange fight, Zingano suffered a TKO loss in a little over a minute. This was as a result of an eye injury suffered by Zingano following a toe to the eye by Megan Anderson.

In what turned out to be Zingano’s final UFC fight, it was a disappointing end to the fan favourites UFC career.

Firstly, however, she has to get through the 6-5, Holloway. If she leans on her experience and gets through Holloway, which the oddsmakers assume she will do, she will need one or two more fights before competing for the belt. The perfect match-up would be against either Olga Rubin or Sinead Kavanagh.

One thing we know for sure, we’re all looking forward to the debut of ‘Alpha’ Cat Zingano.