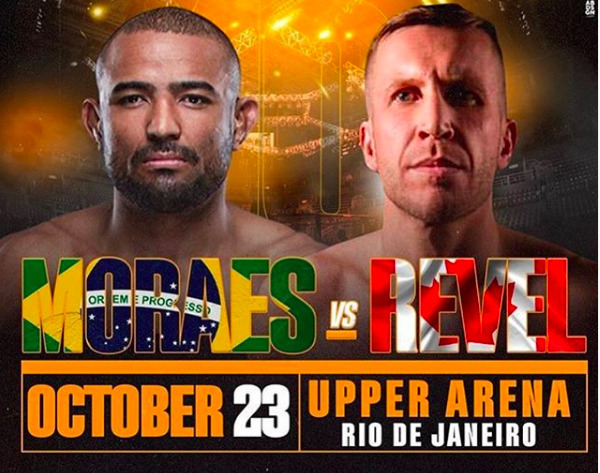 British Columbia’s number one middleweight, Jared Revel will head to Brazil to take on Sergio Moraes at Taura MMA 10.

News of the bout was dropped on Tuesday afternoon.

Revel (10-2) is currently riding a five-fight winning streak. All but one of “The Rebel’s” professional bouts have happened under the Battlefield Fight League banner. The 36-year-old holds that promotion’s middleweight championship and has defended it twice. Most recently, Revel earned a one-sided submission victory against Drayton Angus at BFL 65 in February.

Moraes (14-6-1) fought 14 times for the pinnacle promotion in the sport, the UFC. He held a record of 8-5-1 inside the Octagon. The 38-year-old holds notable victories over Ben Saunders, Tim Means, Davi Ramos, and Neil Magny. “The Panther” competed against some of the tops of his sport, including welterweight champion Kamaru Usman. Moraes has not competed in the cage since his UFC departure in November of last year.

Taura MMA 10 goes down on October 23 from the Upper Arena in Rio de Janeiro, Brazil. The main event is for the flyweight championship, as champion Felipe Gheno squares off against Bruno Mesquito.