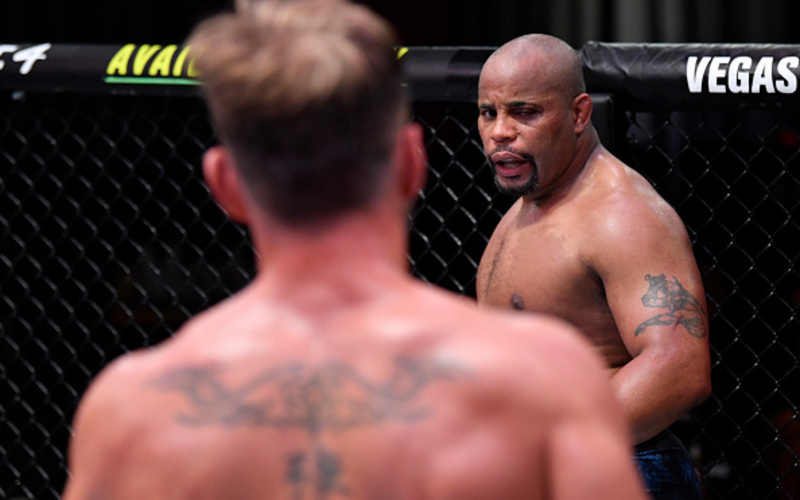 On this week’s podcast, we interviewed Oscar Willis from The Mac Life. Oscar Willis is very well known throughout the MMA community and is at almost every UFC event. Willis also has some of the biggest interviews in MMA with fighters like Conor Mcgregor, Isreal Adesanya, and Dana White. In the interview, Oscar Willis said that his favorite UFC event had to be Mcgregor vs Donald “Cowboy” Cerrone. He said that you could feel the power of the event by just being there in the city of Las Vegas. We talked with him about the event and many other things in the interview below.

In an interview with Oscar Willis, we talked about the Daniel Cormier vs Stipe Miocic fight and many other fights. We asked him what he thought of the fight and what he thought of the eye poke. His response was, “I think it’s hard to say the eye poke didn’t affect the fight. I wouldn’t go to as far as to say it affected the outcome of the fight. I think Stipe was already starting to pull away by the time the eye poke got involved”. Stipe was certainly winning most of this fight and many think after the eye poke, Daniel Cormier’s chances went down significantly.

Another thing we asked Oscar Willis about was Jon Jones moving to heavyweight. One thing we asked him was if they will give Jon Jones the title shot before Francis Ngannou or give him a tune-up fight. His response was simple, “If Jon is moving up to heavyweight, he’s getting more money. There’s no way they’re gonna pay him more money to not have a title fight. They want to make the title fight. What I think will happen is Jon will take a bit of time and they’ll do Stipe Miocic vs Francis Ngannou. Then they’ll see where Jon is”. Jon Jones moving to heavyweight is a big topic and many wonder how he will do at this weight. Another thing we asked him about is if he thinks Jon Jones will be a champion at heavyweight? His response was, “No, I think he hasn’t looked the best while Francis and Stipe have”.

One of the last things we asked him is why Conor Mcgregor hasn’t been fighting and what he thinks is happening there. This was his response. “I think that Dana wants that Khabib rematch. I think that’s the fight that will make the UFC the most money”. That’s probably what Dana has in his mind. It was great interviewing Oscar Willis and hearing his thoughts on everything going on in the UFC.