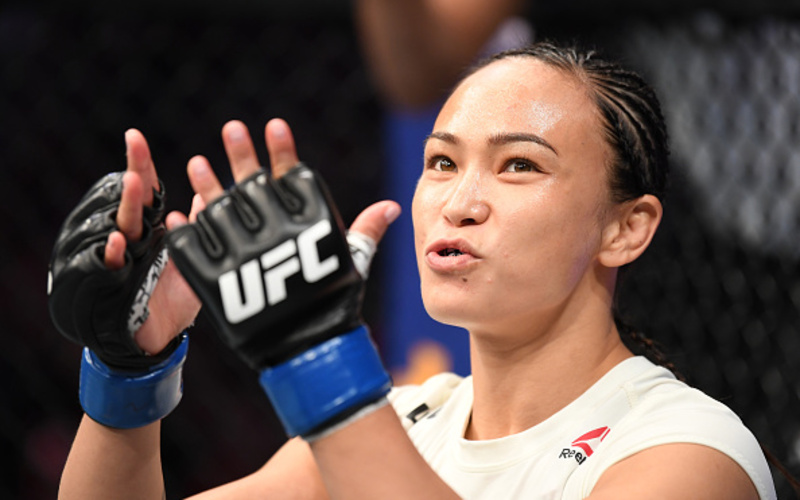 UFC Vegas 10 returns to the Apex with a tightly contested main event. Training at Jackson-Wink, Michelle Waterson will take on the active Angela Hill. A positive Covid-19 test elevated both fighters to the main event. A product out of Alliance MMA, Hill tends to utilize footwork to land shots and rarely goes for a takedown. In contrast, Watterson’s game is more well-rounded, averaging at least one takedown per fight. A stat complemented by the nine submission wins on her resume. Each athlete in the main event share similar physical traits such as close height and age. The exception is that Hill has a slight two-inch reach advantage. This UFC Vegas 10 main event will preview both athletes’ ability to ascend to the top of a stacked strawweight division.

While both fighters are coming off losses, one could argue Hill is on at least a four-fight win streak. Competing against Claudia Gadelha in May, Hill lost via split decision. In contrast to Hill, Waterson dropped two big losses to former champs, Carla Esparza and Joanna Jedrzejczyk. Even having lost to the best in the division, most action took place on the feet. Combine that with Hill’s fighting style and conditioning, Waterson’s most ideal path to victory involves her kicks from the outside and her grappling skills. A measurement often overlooked in female weight divisions is experience. Waterson will enter the bout with an experience edge over Hill. Each athlete has captured Invicta gold, but Waterson began fighting seven years before Hill. Ultimately this closely contested bout will come down to who implements their game plan better.

There are more questions surrounding Waterson than Hill. Waterson’s camp, Jackson-Wink is known for putting together brilliant game plans. It would serve Waterson well to utilize her grappling skills. Also, Waterson has an impressive kicking arsenal while southpaw. Another weapon Waterson may use early in slowing the movement of Hill is side leg kicks that Jackson-Wink is known for implementing. Which could pay dividends later in the fight. Of course, easier said than done, Hill’s takedown defense was on display against former champ Jessica Andrade so it won’t be easy. That bout with Andrade highlighted Hill’s elite conditioning and toughness. Clearly, after that fight, Hill’s takedown defense would pose problems for any opponent. In what will likely be a war of attrition, this Saturday, the UFC main event will preview two athletes battling for strawweight supremacy.