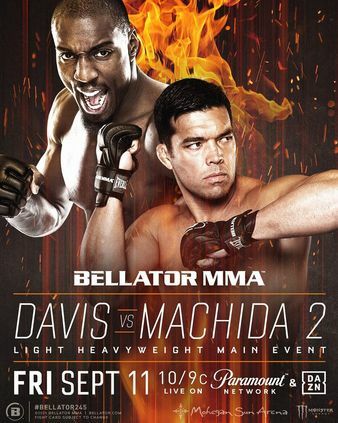 Bellator is coming back with two back-to-back shows on a packed MMA weekend. Starting off on Friday is Bellator 245. The show will go down with no audience at the Mohegan Sun Arena in Connecticut.

The co-main event will see the debut of Cat Zingano (10-4) who takes on Gabrielle Holloway (6-5) in a featherweight match. This is Zingano’s first fight since losing to Megan Anderson in UFC back in 2018. In the fight, Zingano got kicked in the eye, and Anderson’s toe connected with Zingano’s eye rendering hwer unable to continue as she could not see properly. Holloway is a wrestler whose most recent fight saw her win at Bellator 174 against Alexis Dufresne by TKO.

You can watch the ceremonial weigh-ins on Bellator’s Youtube channel below at 11 am EST.

Check out our write-up on Zingano’s debut for Bellator.

Check out our pre-fight interviews with the main card fighters.

You can watch Bellator 245 live on DAZN and Paramount Network with the main card starting at 10 pm EST and prelims starting at 8:15 pm EST.