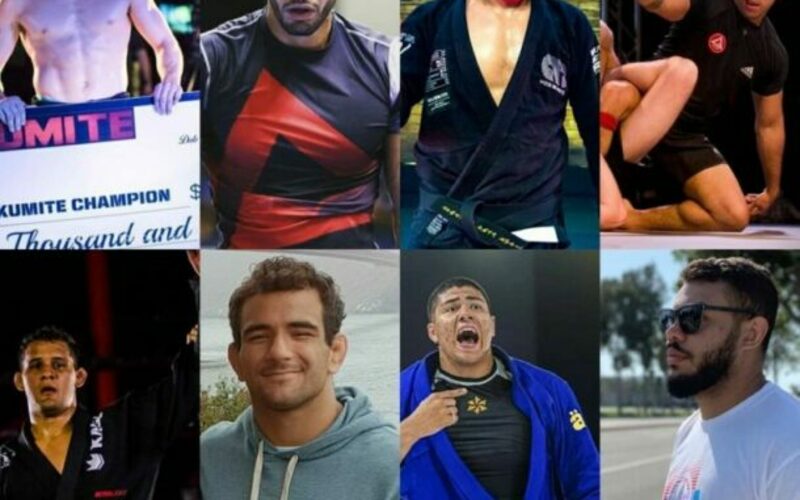 Third Coast Grappling is back tomorrow for its latest installment, 3CG Kumite VI featuring absolute beasts in the gi. The tournament features a star-studded line up battling for yet another round of $10K in prize money. Victor Hugo, Arnaldo Maidana, Felipe Andrew, Arian De Melo, Fellipe Trovo, Gabriel Almeida, Guilherme Augusto, and Roberto Jimenez are the featured competitors. In addition, the main event features two former No-Gi World Champions meeting for the first time, Ozvaldo “Queixinho” Moizinho vs. Johnny Tama in the gi.

Here’s the breakdown for the first round of the tournament.

Could Jimenez be adding to his pocketbook by taking home yet another $10K and keeping his title of 3CG highest-earning athlete? Only time will tell. However, the one thing that we do know is that Jimenez has been getting a lot of fight time (much more than his fellow competitors on the card) and that experience could be the key for him to continue to rack up the victories.

Trovo’s impressive performance at Subversiv‘s team tournament leaves a lot to imagine as to what could happen should he meet Jimenez in the semi-finals, as well as with the possibility of yet another Hugo vs. Andrew grudge match on the other side of the bracket. It will definitely not be an easy road to the finals and it’s anyone’s guess as to who will take home the victory and massive cash prize.

As if the tournament and main event couldn’t get more exciting, the super fights on the card include local talent.

Needless to say, this 3CG card is STACKED with pros and hometown heroes.

What else can we look forward to at Kumite VI aside from the obvious fire matchups? Well, the fans complained about the lack of mat space and competitors going out of bounds too often – whether it’d be by strategy or sheer accident – and 3CG listened. Starting at this event, they will be expanding their mat space from a 26 x 26 setup to 36 x 36. Let’s hope that this new look will alleviate some of the out of bounds issues that were encountered in the past and that it will encourage athletes to keep the action going inbounds.

Don’t miss out on the action. Catch it on FloGrappling tomorrow starting at 7:30 pm CST/8:30 pm EST.