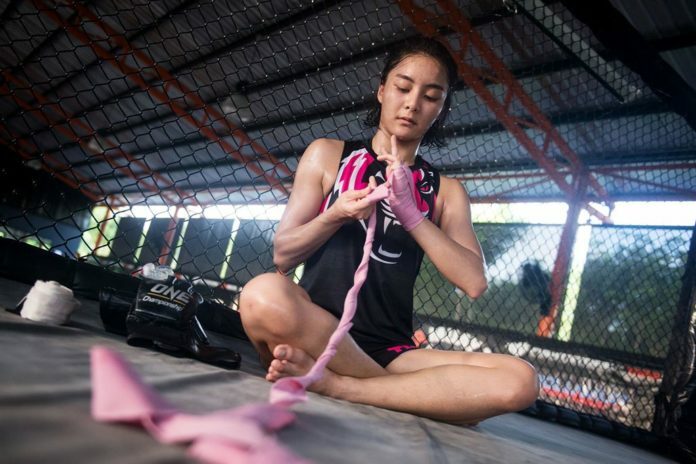 The ONE Championship atomweight division is led by its queen, Angela Lee, but the contenders vying for her gold are continuing to climb the ladder. Denice Zamboanga seemingly punched her ticket to the next title shot at ONE: A New Breed, and atomweights Rika Ishige and Sunisa Srisen will try to make a statement at ONE: A New Breed III on Friday, September 18, as they seek to get back in the win column and become significant players in the division.

Srisen made her organizational debut as an undefeated Thai atomweight prospect at ONE: No Surrender, but she was quickly ousted by the former two-sport world champion Stamp Fairtex. Meanwhile, the 31-year-old Ishige has spent her entire professional career in ONE (4-4).

While both women are coming off losses, the global pandemic makes for their bout to be a prime opportunity to jump back in the hunt at atomweight.

A victory, especially a decisive one, will capture the attention of fans around the world. And while other athletes are stuck on the sideline, being in active competition means the winner will get even more of a boost coming out of Bangkok.

For Ishige, she would jump back above .500 in her career and use her recent loss to Itsuki Hirata as a learning experience. As she continues to develop her all-around game, “Tiny Doll” can return to high-profile bouts.

The 19-year-old Srisen has nothing but time, and a win over Ishige shows that she is ready to compete against the veterans of ONE. She will only continue to get better with each performance.

The atomweight affair is the lone mixed martial arts competition on ONE: A New Breed III. The event is headlined by a ONE Featherweight Muay Thai World Championship bout between champion Petchmorakot Petchyindee Academy and challenger Magnus Andersson.

The mixed martial arts platform belongs solely to Ishige and Srisen. It is their opportunity to show out on the global stage with a captive audience watching. They can erase the taste of defeat while moving back into the thick of the hunt.

Their contest will not be lost in the shuffle.

Other atomweights are waiting. There are no other mixed martial arts matches on the card. Friday belongs to them.