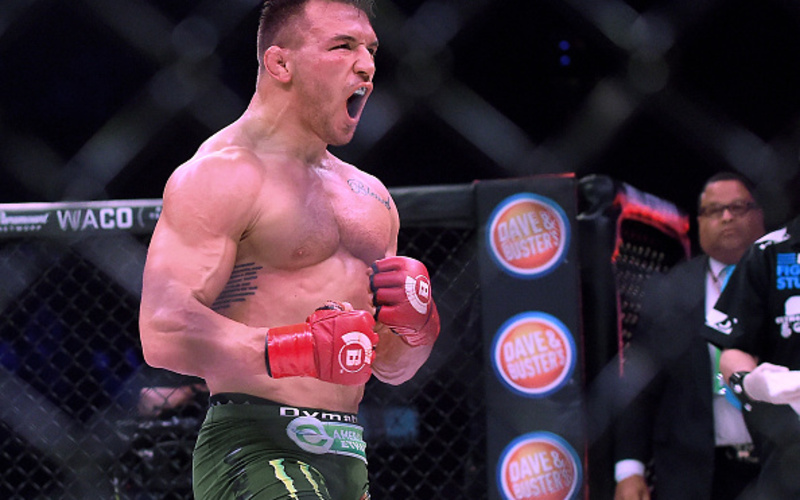 Former Bellator lightweight champion Michael Chandler has signed a contract with the UFC, according to Dana White. White made the announcement this morning on Sportscenter and went on to say that Chandler will be serving as a backup fighter for the UFC title fight between Khabib Nurmagomedov and Justin Gaethje. If one of those two is unable to fight for whatever reason in October, Chandler will step in.

Michael Chandler has long represented Bellator as one of their elite talents. He will now compete against the best the UFC has to offer. There was talk that he could debut against Tony Ferguson, but it seems Dana White instead opted to have him potentially step into the world title fight.

If both Nurmagomedov and Gaethje are able to make it to the Octagon for their scheduled flight, it opens up the door for some interesting potential fights for Chandler. Of course, at that point, Tony Ferguson would be a viable option, as would top tier fighters like Dustin Poirier, Dan Hooker, and even Conor McGregor.

Chandler has gone 9-2 in the past five years and his losses are to Patricio Pitbull Freire and Brent Primus. The loss to Primus was due to an injured ankle, and when the two had a rematch, Michael Chandler defeated him.

At Bellator 221 Chandler was knocked out in the first round of their championship fight. Chandler has come back and won back to back fights since then, defeating Sidney Outlaw and Benson Henderson at Bellator 243.

The addition of Michael Chandler adds depth to an already stacked UFC lightweight division. There are so many interesting fight possibilities for Chandler in the UFC, it makes this a super fun signing.