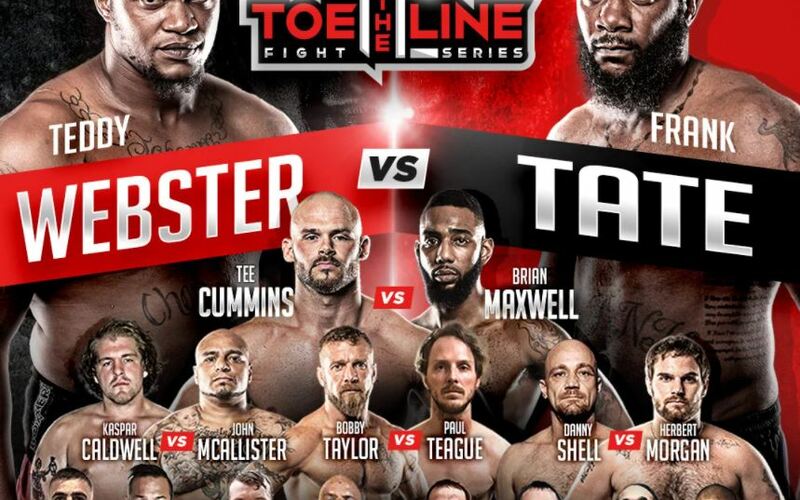 Bare Knuckle FC in partnership with Legacy Promotors this Saturday night to present a new bare-knuckle event, Toe the Line. The event will air live on the BKFC App and consists of nine bare-knuckle fights. In the feature bout, Teddy Webster will take on Frank Tate. It should be an outstanding fight.

Frank Tate was stopped in the third round of his fight at BKFC 11 against Dillon Cleckler and will be looking to rebound against Webster. Tate is a big heavyweight and has really heavy hands. Teddy Webster won his professional boxing debut and will look to finish Tate Saturday night.

In the co-main event Tee Cummins will face Brian Maxwell. Tee Cummins is coming off of a victory at BKFC 11 where he stopped John McAllister. We will have the results and recaps as they happen Saturday night right here. Make sure you’re along for the ride so you don’t miss out on any of the action!

Toe the Line Fight card below: